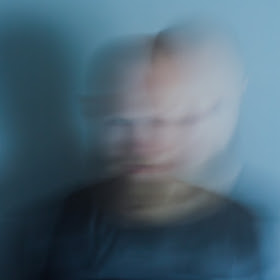 1.For those that have never heard of you before, can you tell us a little bit about the musical project?
“Omgeving” is an experimental musical project from Dutch musician Franck Johanson (DISTILLATOR) where the listener is meant to interpret the sound as auditory landscapes, every texture part of a broader perception that has been created. The first Omgeving album crosses the boundaries of black metal, space rock, ambient, and doom. It is an entirely instrumental work based on conjuring imagery through soundscapes, through tones and frequencies that transport you through inner and outer space.


2.You have your first album coming out in December, can you tell us a little bit more about the musical style you went for on the recording?
I love the big sound of Opera, the coldness in Black Metal, the slow drone of Doom and the dreamy sounds of Space Rock. I was wondering how this would sound when I combined these elements into one big epic soundtrack. When I wrote the first song I wanted to force myself to let go of typical metal boundaries, two guitars, bass and a drummer. I just wanted to create really big epic pieces, so sometimes I used 6 guitars all playing different lines. This ended up in sounds that I really liked and got me new inspiration. From there the whole project started to come together.

3.Most of the music is instrumental, are there any plans to add vocals or lyrics on future releases?
The whole album “Wijde Wijdte” was written to be an instrumental album. It’s not an album like any other regular album. This album is to help the listener unfold a better setting to let their own imagination flow. Most of the time singers are a big distraction from the music in my opinion. Singing is also like talking to someone, and that’s exactly what I was not intending to do. I want people to listen and to help them create an environment to explore their own mind.


4.What is the meaning and inspiration behind the name 'Omgeving'?
Omgeving is a Dutch word. It has a pretty vague definition. It’s not something you can touch, it’s not something that can be described specifically. That is exactly the definition of the music. Translation can be different for everyone.


5.Can you tell us a little bit more about the artwork that is presented on the album cover?
What you see is an imaginary world. This represents the auditory landscapes that have been recorded on the album. I’m very much in love with the colors (not really Black Metal is it).
The artwork on the frontcover is done by Kuba Kujawa. He is a Polish artist currently living in Denmark. He is a fantastic artist and has got a really great Instagram feed.


6.With this project you record everything by yourself but also have experience playing with a full line up, how would you compare the two?
This whole album is written, recorded and mixed by me. It was the first time for me to do something like this. For my band Distillator I work together with two other people to write an album. Within my band we have a very solid songwriting team. We complement each other and get the best performance out of each other. This time was a little different. It was a really good experience to be fully responsible for every detail on the album. I had 100% freedom to do whatever I wanted to do, to experiment as much as I wanted and to go as far away from the Metal genre as I could. This allowed me to write music that I never thought about. 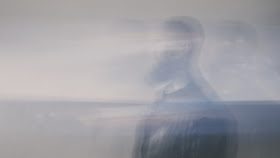 7.The album is coming out on 'Hypnotic Dirge Records', how did you get in contact with this label?
I was looking for a label to release this album and got to know Hypnotic Dirge Records via social media channels. I really love the philosophy of the label and the way Nic is working. They did some great releases in the past. There were other labels interested too, but they did not gave me the same feeling as Nic did. So for me it was easy to go with HDR and release the album.


8,.On a worldwide level how has the reaction been to your music by fans of black and underground metal?
The response is very good so far. I was a little bit worried that it might be too abstract/alternative for the Black Metal community at some points in the album. But people seem to like it very much.

9.What is going on with 'Distillator' these days?
We are very busy touring, playing shows and writing new material for the third album which is the last concept album in our trilogy. We all have improved our instrument skills since the start of the band and we really starting pushing boundaries of what is Thrash Metal on this album. I’m super excited to let people hear some music, but we’re still in demo phase haha. It probably might take another year or so. We just want to release a killer album.

10.Where do you see yourself heading into as a musician in the future?
Currently I’m writing a lot of music in my studio. I’m working on a follow up for “Wijde Wijdte”, I’m working on a third album for Distillator and I’m in finishing phase with another small experimental project I do with a rapper. Next to that I’m recording music under my name: Franck Johanson, which I released a track on Spotify this year.


11.What are some of the bands or musical styles that have had an influence on your music and also what are you listening to nowadays?
Since the birth of global internet I listened to so many music. It’s great to have access to all kinds of genres, artists, bands, labels, etc.. I love Black Metal, Thrash Metal, Doom Metal, Ambient, GOA, Techno, Avant Garde, Classical, Jazz, Hip Hop. So this allows me to constantly get new inspiration to write music. I think people should embrace modern technology and start making use of it. It’s such a shame that people think within boxes in the metal community. There is so much great music in all genres to be found online. Once you open your mind, magic will happen.


12.What are some of your non musical interests?
I got a big interest for Graphical design, Art and culture.


13.Before we wrap up this interview, do you have any final words or thoughts?
Thank you for letting me talk about my new album. Check out Hypnotic Dirge Records and stay open minded. 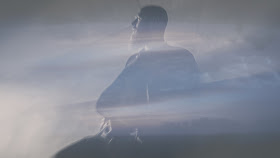