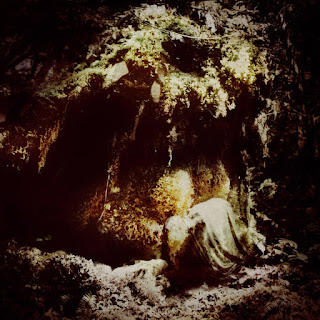 Wolves In The Throne Room are a band from Olympia, Washington that has had their previous album reviewed in this zine that plays a very nature and left wing orientated from of ambient black metal and this is a review of their 2011 album "Celestial Lineage " which was released by Southern Lord Recordings.

Drums range from slow, midpaced to fast drumming with some blast beats being thrown in at times and on ocassion there is some shamanistic tribal beats, while the synths which are utilized throughout the recording bring a very dark ambient and esoteric edge to the music, as for the bass playing it has a very dark tone with riffs that follow the riffing that is coming out of the guitars and at times they sound very powerful.

Rhythm guitars range from slow, midpaced to fast ambient black metal riffs that are very primal and at times with somewhat of an atmospheric doom metal feel, while the lead guitars are very distorted and melodic guitar leads and solos that have a psychedelic shoegaze feel at times.

Vocals are mostly high pitched black metal screams with some ocassional clean singing female and male vocals being thrown in at times, while the lyrics cover esoteric, occult and nature orientated themes, as for the production it has a very strong, heavy and powerful feel without taking the rawness away from the music.

In my opinion this is another great amount from Wolves In The Throne Room and while it may be more experimental than their previous releases I still thank that most of their fans will still enjoy this recording. RECOMMENDED TRACKS INCLUDE "Thuga Magis Imperiun" "Subtterean Initiation" and "Astral Blood". RECOMMENDED BUY.