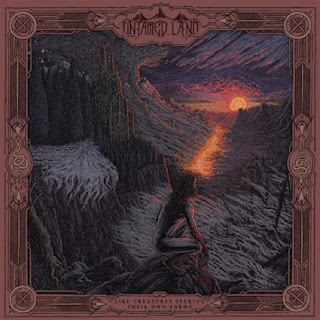 Posted by OccultBlackMetal at 1:53 PM No comments:

It's a new project formed out of ideas that I couldn't fit into other projects. I play in some other bands, mostly black metal, but there are always new avenues to explore and that's what this is for me.

2.So far you have released an ep, can you tell us a little bit more about the musical style that you went for on the recording?

I wanted to capture a distinct atmosphere while maintaining an unrelenting intensity. All the songs are connected by brief ambient intros and outros and I only played blast beats with fills. No other type of drumming. They are separate songs but the entire thing works together as one connected piece.

3.Some of your lyrics cover occult themes, can you tell us a little bit more about your interest in the dark arts?

My other bands and projects cover various topics from humanity and society, politics, philosophy, etc. I wanted something to exclusively dive into the occult and satanism. All the lyrics are in latin which is a bit cliche but I found the delivery to have the desired effect of mystery and ancient history.

4.What are some of the other lyrical topics and subjects you have explored so far with the music?

The lyrics are all centered on darkness, the occult, and satanism.

5.What is the meaning and inspiration behind the name 'Sapientia Diaboli'?

The name is latin and translates to The Wisdom of The Devil. That's the concept of the entire project.

The cover is a picture of me. A lot of black metal artists are using similar pictures with elaborate frames for the album covers right now but that is not something I do with my other projects. So Sapientia I thought I would try it out. It's a very popular thing right now.

7.What part of the U.S is the musical project located?

I don't want to reveal too much at this time. The project stands on its own without ties to other bands and I'd prefer to keep it that way. Let's just say that the bible belt of the US is a treasure trove of black metal and I have become part of that collective.

8.With this project you record everything by yourself, are you open to working with other musicians or do you prefer to work solo?

This will remain a solo project. I have other bands for collaborations.

9.So far very little is known about the musical project other than a metal archives and bancamp page, are you planning on expanding your presence in the future or do you prefer to keep a lower profile?

I prefer a lower profile in order for the project to stand on its own.

10.Currently you are unsigned, are you looking for a label or have received any interest?

I do have cassettes coming out with an announcement to be made soon. There will be a European release and possibly a second label doing a US release. I've also had a lot of other labels reach out about cassettes and vinyl but some have ties to NSBM bands and I want to separate from that. The NSBM mindset is one of weakness and fear and I don't have time for that. Sadly in black metal it's almost impossible to not have some connection through labels past artists, band members, etc but I'm trying to avoid it if at all possible.

11.On a worldwide level how has the reaction been to your music by fans of black metal?

The reaction has been very positive. Black Metal Promotions premiered the EP and that was a big help.

12.When can we expect a full length and also where do you see yourself heading into as a musician during the future?

I don't know. I may not ever do a full length, just demos or EPs. I'm not sure this sound and aesthetic is well suited for a full length experience. I don't have any leftover songs so I'm not entirely sure if I will keep this musical direction or change it up on the next one.

I drew a lot of inspiration from bands like Templum Anima Morti. The monk type vocals mixed with traditional black metal shrieks. The mood and atmosphere. The first Gaahls Wyrd album, the live one, had a droning thing going on throughout that I really fell in love with. I wanted to incorporate that style. The songs that don't really build toward anything but still go on a journey.

Thank you for your time and interest in this project. Look for some announcements soon.

Posted by OccultBlackMetal at 12:16 PM No comments: 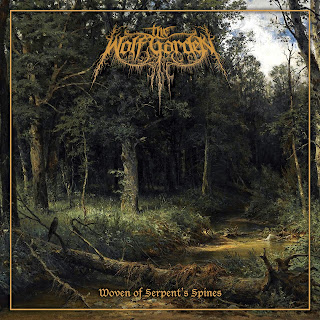 Nature  sounds  start  off  the  album  along  with  some  atmospheric  sounding  keyboards  which  also  mixes  in  with  the  heavier  sections  of  the  songs.  Acoustic  guitars  are  also  added  on  some  of  the  tracks  while  most  of  the  songs  are  also  very  long  and  epic  in  length  and  the  vocals  are  mostly  angry  sounding black  metal  screams.

Posted by OccultBlackMetal at 7:10 PM No comments: Posted by OccultBlackMetal at 5:28 PM No comments: 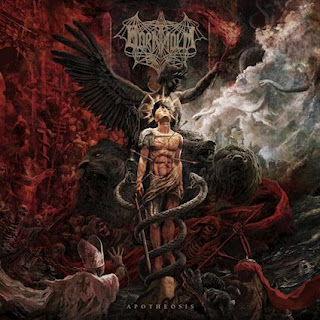 When  guitar  solos  and  leads  are  utilized  they  are  also  done  in  a  very  melodic  style  along  with  some  clear  pagan  vocals  also  being  added  into  some  parts  of  the  recording.  All  of  the  musical  instruments  on  the  recording  also  have  a  very  powerful  sound  to  them  as  well  as  some  songs  also  adding  in  a  small  amount  of  regular  sounding  spoken  word  parts,  acoustic  guitars  are  also  added  on  some  of  the  tracks.  The  production  sounds  very  professional  while  the  lyrics  cover  Paganism,  Heathenism,  Philosophy  and  History  themes.

Posted by OccultBlackMetal at 1:25 PM No comments: 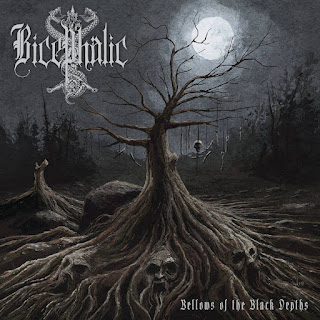 On  this  recording  Bicephalic  goes  for  more  of  a  raw,  melodic  and  traditional  style  of  black  metal.  The  production  sounds  very  dark  and  raw  while  the  lyrics  cover  Satanism,  Vampirism  and  Horror  themes.

Posted by OccultBlackMetal at 8:58 PM No comments: 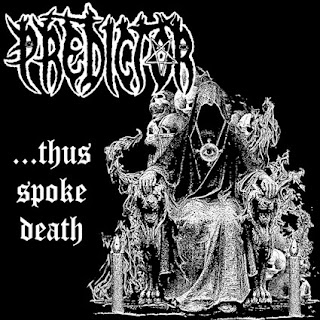 Posted by OccultBlackMetal at 8:02 PM No comments: