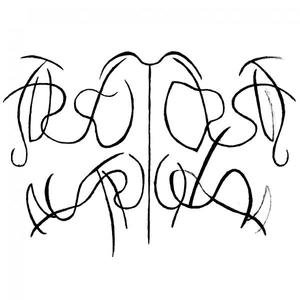 1. Can you tell us a little bit about the band for those that have never heard of you before?
We are a two-piece band from Slovenia that started out in 2011 (two guitarists, also taking care of all the other instruments). We recorded the first demo in the autumn and are currently in the process of making the second recording. We are also looking for a new drummer.

2. How would you describe your musical sound?
I guess the label atmospheric/depressive black metal describes us best. Our music ranges from depressive ambiental interludes to faster, more aggressive riffs. For a more specific sound, give it a listen.

3. What are some of the lyrical topics and subjects the band explores with the music/
Main subject in the first demo is unarguably personal end. Death, suicide; emptiness and desolace that come after it and are ever-present before it. On the second demo, that is currently in the making, lyrical subjects are (apart from suicide) Darkness, magicians, chants and Fire.

4. What is the meaning and inspiration behind the bands name?
Turritopsis nutricula is the latin name for a species of jellyfish, that is (theoretically) immortal. Lives eternally. As if a butterfly could revert back to caterpillar and again to butterfly and back and so on. To me it's like a true crosspoint of (black metal?) art and nature (reality?).

5. Has the band had any oppurtunities to do any live shows, if so what are some of the best shows that the band has played so far and how would you describe your stage performance/
We haven't played any live shows yet, we are currently looking for a drummer. And for opportunities for live shows of course, we do not tend to be a studio band.

6. Currently the band is unsigned are you looking for a label and if so what kind of label do you feel that would be a perfect fit for your music/
I wouldn't say that we are looking for a label, at the moment we are quite happy with self-releasing our music. But if an offer appears, it shall be, of course, considered.

7. On a worldwide level how has your music been recieved by the black metal fans that have heard it so far?
Someone said that this might be the best name for a black metal band. And someone said that a dance with the devil is always a black pleasure. We'd love to hear more opinions.

8. Are there any other projects besides this band or is this a full time line-up?
We both play in another band, sort of a symphonic/female vocals thing. But I guess that band is currently on a pause, TN is definitely our primary band. At the moment, of course, one must not exclude the possibility of future projects and bands. That might evolve from occasional jams with friends (as did TN).

9. What direction do you see your music heading into on future releases?
I guess more atmospheric, rather than depressive direction. Music for the next demo is much harsher, not as melancholic as (at some points) the previous one (same with lyrics). But I wouldn't dare say that this is the general direction this band will take in the future.

10. What are some bands or musical styles that have influenced your music and also what are you listening to nowadays?
We listen to many styles of music, from blues rock to industrial, but above all metal. Musical style that has influenced our music the most is definitely atmospheric black metal, also depressive and 2nd wave black metal.

11. Does Satanism or Occultism play any role in the music?
Our interests here differ. One part of the band finds occultism to be one of his greatest interests, while the other member only focuses on the music in this genre. But it's not really an important part of our band. Only a reference or two.

12. Outside of music what are some of your interests/
I guess music is our greatest interest. Other than that: literature and psychological movies; sports

13. Any final words or thoughts before we wrap up this interview?
Keep supporting the underground.
93 93/93
Posted by OccultBlackMetal at 12:31 PM