1. Can you introduce our readers to both of your musical projects, Sercati and The Nightstalker, and give us a brief history about how and when the bands started?So for Sercati, it goes back a few years ago. I had the opportunity to play in a black metal band (Ooirim) and it was my first experience in the black metal. I was having fun and at the end of the project, I decided to recreate one band with two other friends (Damien and Nico). We recorded a few tracks to testing compositions and finally some people like them and we have decided to continue to record under the name Sercati. When the possibility of recording the album was presented, I asked Yannick who joined us for the drums.

For The Nightstalker, this comes from my affection to the character and a need to do something more ambient and more narrative. I wanted to go deeper into the concept and I wrote a number of songs that doesn't take place into the atmosphere Sercati. I preferred experimented solo, the lyrics are more personal and the music too.


2. Describe the sound of both of your musical projects and how they differ from each other?
Good question. For me, Sercati evolves in the influences of old black metal with modern influences and modern sounds. As part of the lineage of black metal with progressive trend I think.

For The Nightstalker, I seek the atmosphere and narrative. The music attempts to agree with the emotions and situations that the character lives. There is a desire to remain ambient passages but more aggressive when the situation allows. I will say that I remain in the atmospheric black metal. 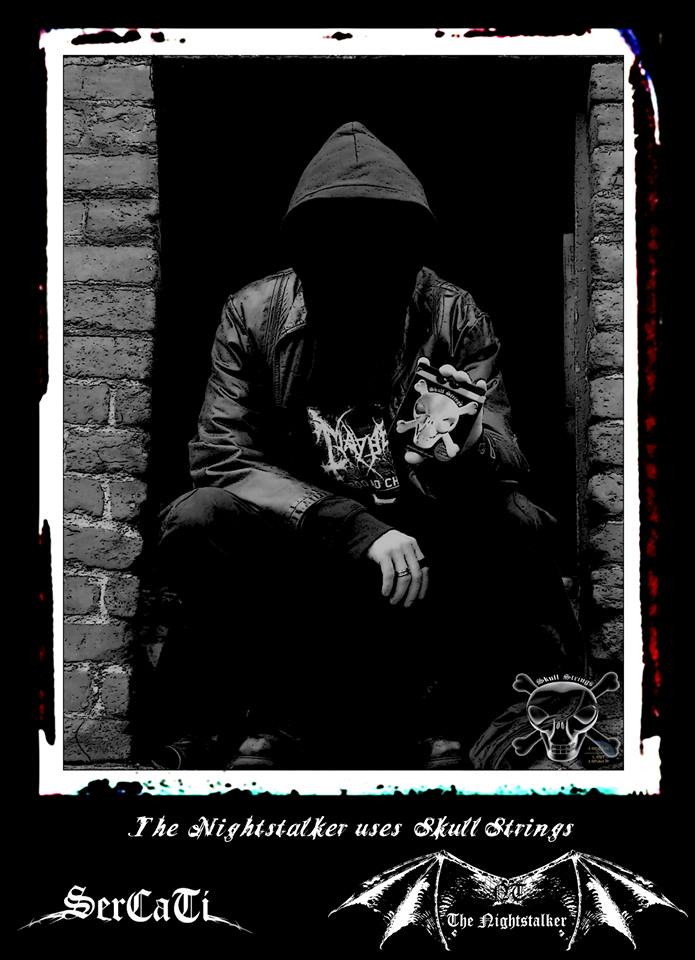 3. Both Sercati and The Nightstalker's concepts are based on an angel known as The Nightstalker from the book "Le journal du Nightstalker" can you give us a little more insight into how this concept was conceived and how did the book deal come about?
The concept comes when I was writing the first album. I really wanted to find a continuity in the songs. And in one of our songs, I was referring to a hero that anybody couldn't say if he was good or bad (I wrote the song after seeing Batman The Dark Night). The song was called at the time "The Night Stalker". We also had a song called "The fall" which spoke of a fall forced to live by somebody to discover the freedom. And trying to bring together the different themes, I got like a puzzle to put the pieces together and make a story. Then I created the links between all the songs and we readjust the lyrics of the songs to go in this direction. While I worked on the design graphic of "Tales of the fallen", the desire to tell his adventures was there. I began by telling the story after released the CD. Then I wrote several little stories, introduced a lot of new characters  and added logic to the universe. And finally a lot of little stories became the book.

4.Can you tell us what is the meaning and inspiration behind Sercati and whats the origin of the name?
At first, it was a joke between us. A kind of word that meant nothing, and finally we decided to make a band name. I think the meaning behind is more about friendship and passion for music.


5.With Sercati you worked with a full band lineup, for The Nightstaler you are working solo, how would you compare the two different situations, and how does it affect the musical and writing process?


Writing songs are basically the same. I write most of the songs and lyrics. The differences are in the compromise everyone's desires and the need to express each musician. For the drums in Sercati, I don't write anything to let place for the expression of Yannick. Regarding the establishment I bring a good foundation and after we adapt like we want. This way avoids falling into too influences that don't correspond to the general atmosphere of Sercati. But the biggest bonus is that we had our sound engineer. Jonathan Mazzeo of  Mathlab Studio has teaching us a lot and make a lot of things. He teaches me a lot.

In The Nightstalker, the question doesn't arise about the influence, I have more freedom to do what I want to base. I experiment, I try. This allows me to think like the character. I really try to give the listener a more personal side of my work and my realization. 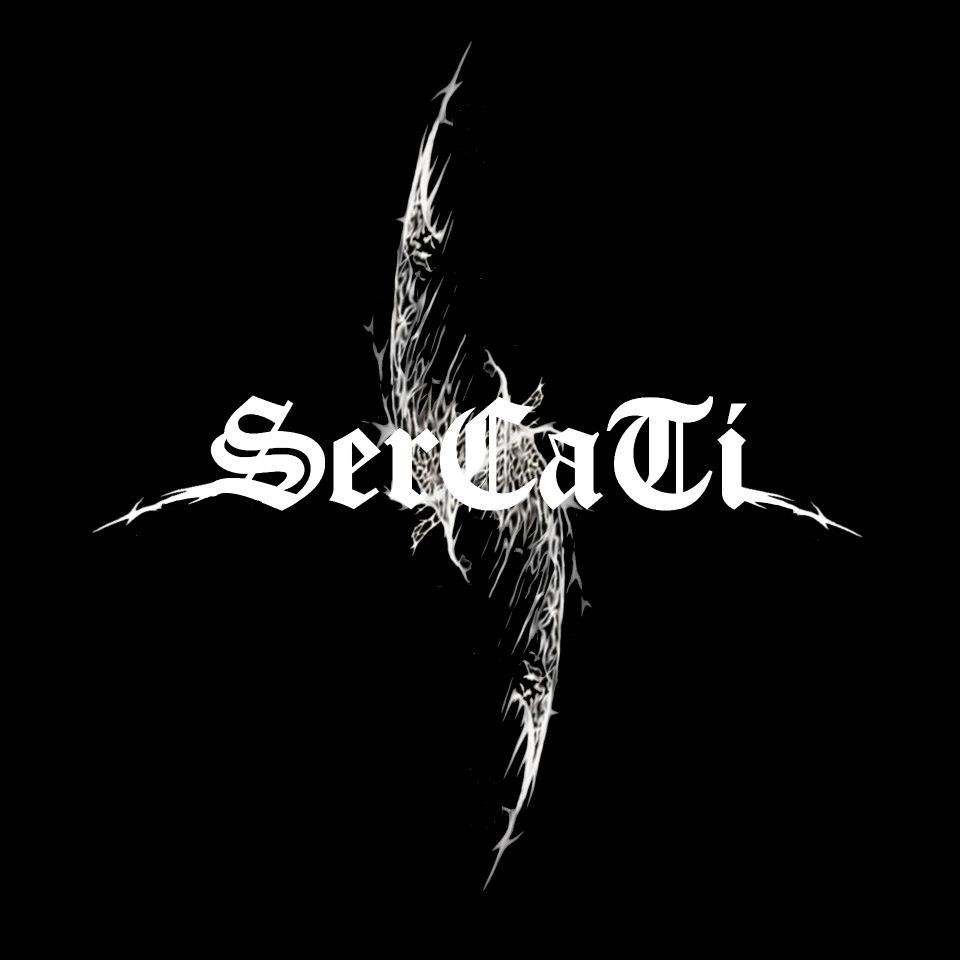 6. You played some live shows with Sercati in 2011, how was the experience and will The Nightstalker ever play live or is it strictly a studio project?
I must admit that the scene miss us a lot. We were really focused on recording the second album. The public enjoyed ourselves and made ​​some concerts were very good. We look forward to resuming concerts faster. We work in this context, following the departure of Nicolas (guitar), we found a new guitarist (Florian Hardy). We are currently working to get back on stage as soon as possible. We intend to add a few tracks from The Nightstalker in the set-list of Sercati to see the public reception and advise at this time for the next step.

7.The Secrati album was released through Grom Records and The Nightstalker album came out on Wolfshade Records, how did you get in contact with these labels and how would you describe your relationship with them and the support they have given you so far?


Sercati had the chance to work under the guidance of Carlo Bellotti Publishing (he is our manager). They allowed us to release the first album "Tales of the Fallen" under Copro Records. But unfortunately with Copro, nothing went as planned. Very awful time for us. But Carlo was there and find a solution, the album remained available and he found us the opportunity to re-release at Grom records and the second album to be released soon. The people from Grom records are truly amazing and are passionate for music. We could meet at a party they organized in Belgium. They find the words to make us comfortable, they advised and assisted. The contact is very easy and they are very understanding and investing.

For The Nightstalker, I had the opportunity to meet the label ideal. Enjoy by the project and the music, the contact is moved quickly and there is a real human contact. I actually found someone full of confidence and courage. He has always shown determination to fix the situation. I'm really happy to work with him. A big thanks to Andriy


8. On a worldwide level how has the feedback been to your music by fans of black metal, metal and dark ambient?
Opinions are divided, but most are in positive. Among other things, we have a lot of encouragement to go deeper our concept with the story. We have a lot of good advice and people say k us going. I think the bad reviews are needed to grow. But always take constructive criticism of each. The reception of the two projects has delighted us with a lot of web-zines and radios. 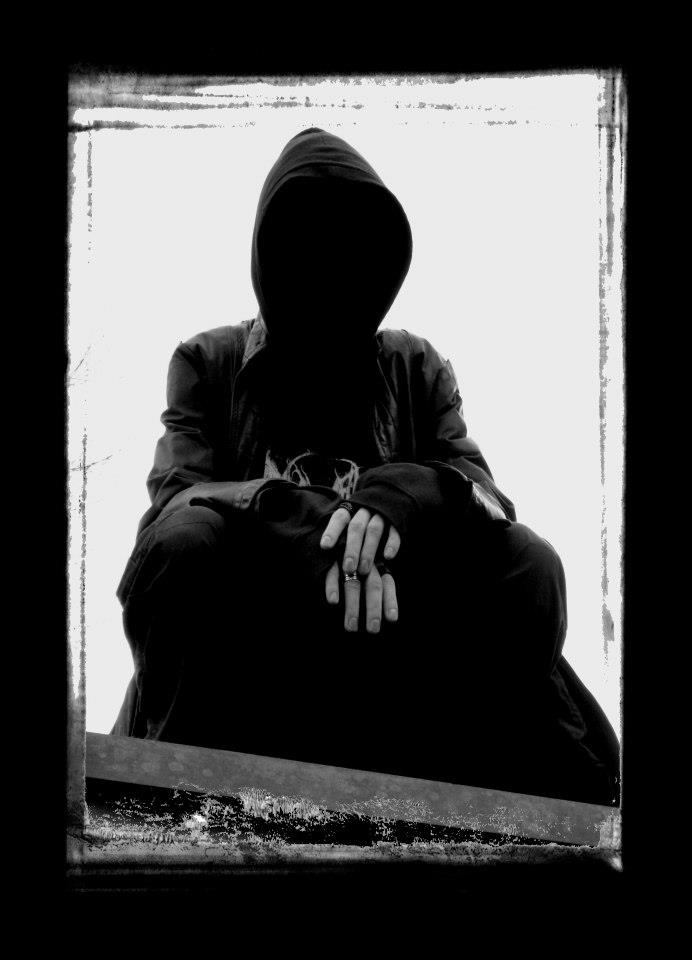 9.How would you describe your views on Satanism and Occultism, do they play a part in your everyday life
at all ?
So not really, I'm interested in the occult and it doesn't influence my life everyday. It affects me in my writing. But I use Catholicism as a backdrop. I'm not against Catholicism, but i don't like what the human do with.

10. what are you listening to nowadays, are there any certain bands or musical styles that influence the way you create music, also outside of music what are some of your interests and hobbies?
My favorite artist is particularly Satanic Warmaster. My favorite album is the Carelian Satanist Madness. He always art of writing powerful riffs. I always have a special affection for Blutklinge which also influenced me a lot also. But I'm very admirative of Agalloch, Fall of Rauros and a lot of other band in this type of music. And the level of hobbies, I try to share my time between music and my girlfriend. I take care of administrative and everything about the two groups. I spend a lot of time. But I like video games with a good story.


11. How do you view the state of Black Metal now days in your country as well as from around the world?
The Nordic countries and Eastern European countries are in my opinion open in this wave of music and south America too. In Belgium, we don't have a good way of distribution, it's difficult to purchase vinyl or disc of Black metal. The concerts are always going but it's very difficult to have access of the stage, despite the good festivals we have in Belgium. It is hard to get a place there. Thanks to the internet, the community can better grow and spread more in some countries than others.

12. Speaking about the state of Black Metal what direction do you see both of your musical projects heading towards into the future?


I write music that I like ear and play and I want to share with people. Both in Sercati in The Nightstalker, we will continue to advance this. It's true that the expression of Sercati will slowly move towards something less ambient and more punchy. I have always a lot of thing to say and to tell about the Nightstalker. 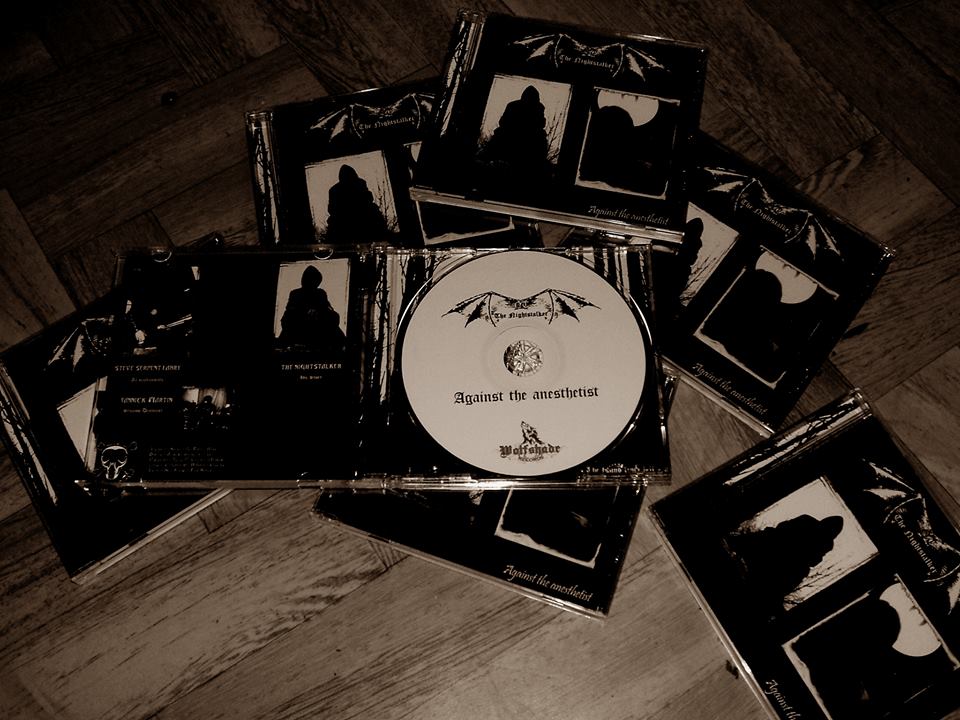 13.Any final words or thoughts that you would like to add about The Nightstalker before we wrap up this interview?
Too many things to say. I record this moment a lot of new songs which will follow his adventures after the fight against the anesthetist who is expected to announce a major significant change in history. I hope that I will ever be able to write the whole story. Thank you for the interview. For band contact and info visithttps://www.facebook.com/Thenightstalkerofficialhttps://www.facebook.com/pages/Sercati/153116211453468http://vacula.com.ua/eng/index_eng.htm
Posted by OccultBlackMetal at 3:41 PM