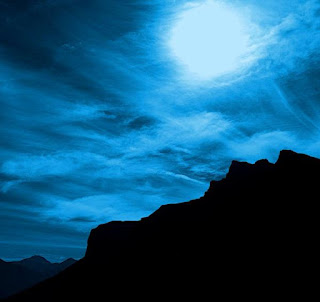 Isolation are a band from Germany that started out as being a more depressive black metal band but has evolved into a more black/doom/ experimental rock band with this recording and this is a review of their 2011 album "Closing The Circle" which was released by Eisenwald.

Drums range from slow to mid paced drumming with not much in the way of fast playing or blast beats, while the bass playing has a very strong and powerful tone with some heavy riffing being thrown in.

Rhythm guitars range from slow to mid paced riffing with a lot of depressive style rock riffing while retaining some black and doom metal influences in the riffs while the lead guitars which are rarely used have a distorted and depressive feel to them, as for the acoustic guitars when they are utilized they use full chords and slow playing to add the the darkness and depression of the music.

Vocals are mostly clean singing vocals with some harsh shouting and high pitched black metal screams being thrown in on occasion but it is very rare as well as some spoken word passages, while the lyrics touch on dark and depressive themes, as for the production it has a very powerful and professional sound to it and you can hear all of the musical instruments.

In my opinion this is a good album from Isolation and while some of their fans of the more black metal recordings might be disappointed I can still see this album appealing to fans of more experimental gloom rock/metal. RECOMMENDED TRACKS INCLUDE "Never Enough" "Nomad' "Fan The Flames" "May You Fare Very Well". RECOMMENDED BUY.

http://www.churchofisolation.net
Posted by OccultBlackMetal at 8:34 PM