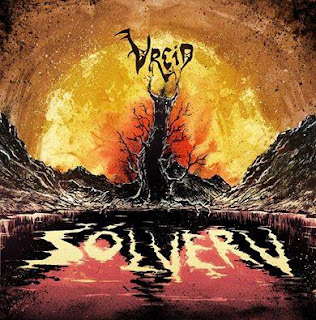 Vreid  creates  another  album  that  remains  true  to  the  modern  Norwegian  black  metal  sound  while  also  adding  int  more  melody  and  progressive  elements  this  time  around,  the  production  sounds  very  professional  while  the  lyrics  are  written  in  Norwegian  and  cover ancestral  Nordic  themes.

Posted by OccultBlackMetal at 1:07 AM