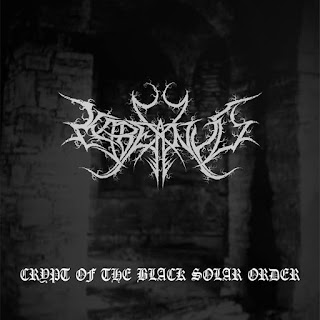 Kabexnuv  creates  another  recording  that  is  very  true  to  raw  occult  black  metal  while  also  getting  more  atmospheric  this  time  around,  the  production  sounds  very  dark  and  raw  while  the  lyrics  cover  Ancient  Aryan  Occultism  that  also  shows  Vedic  and  Hyperborean  roots  which   also  has  a  touch  of  Blavatsky  and  the  Thule  Society  philosophies.

https://kabexnuv.bandcamp.com/album/crypt-of-the-black-solar-order
Posted by OccultBlackMetal at 11:36 PM