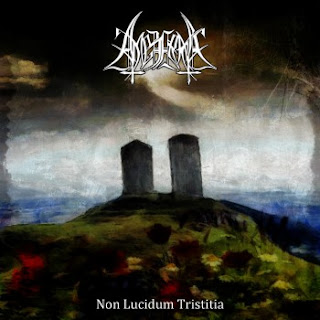 Amerarak  creates  a  recording  that  has  the  raw  and  melodic  black  metal  style  of  previous  releases while  also  adding  in  more  depressive  and  doom  metal  elements  this  time  around,  the  production  sounds  very  professional  while  the  lyrics  are  written  in  Russian  and  cover  coldness,  darkness,  satanism  and  occultism  themes.

Posted by OccultBlackMetal at 6:29 PM