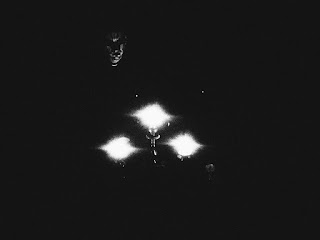 1.For those that have never heard of you before, can you tell us a little bit about the musical project?
Peasant began as a handful of bedroom demo's created between 2016 and 2018 during an uncomfortable period in my life. I'd sat on almost an albums worth of rudimentary material for a few years exploring pagan themes and inspirations from artists like Emperor, Immortal and Deathspell Omega. The project was never intended to go anywhere publicly, however after I began working with Orakul (Somalgia, Peasant) they started to become more refined and thus Peasant was born.

2.Recently you were a part of a split, how would you describe the musical style you went for on your side of the recording?
The idea behind this recording was to create a four track EP with a focus on the aphorism 'As above, So below'. The first Peasant track 'Hounds of the Shining One' had already been written for some time before the EP was conceptualised, and served more as the basis for the general sound of Peasant going forward. Myself and Orakul decided we would contrast our 'heavy' tracks with a softer, more melodic pianissimo.

3.What are some of the lyrical topics and subjects you have explored with your music?
The Peasant side of this EP is essentially a conceptual piece, exploring a story of Roman invasions in Britain circa 50-60 ce. Specifically, the lyrics in 'Hounds of the Shining One' are meant to be seen from the eyes of the ancient Iceni queen Boadicea, where as 'The Trees Find Light to Hold Earth's Grasp' began as a poem I had written and translated into Brythonic/Germanic British. It is meant as a homage to a period in British history which is often not taught in general education or represented in modern media.

4.What is the meaning and inspiration behind the name 'Peasant'?
The name Peasant was introduced as a thematical driving force for the sound of the band, focusing on the idea of rebellion against totalitarianism and humble beginnings. We are a group of 'lower working class' people from the north of England, and as such the class divides between the lower, middle and upper classes; as with any country, feel extremely abrasive as a young person- the name Peasant felt like an accurate representation of myself and Orakul, and the lyrical themes which will be presented for the foreseeable future in this project.

5.Can you tell us a little bit more about the artwork that was presented on the split cover?
The cover for 'Within, Without' is an extension of the combined lyrical themes of both Peasant and Somalgia, where as Peasant focuses on themes of oppression and forced ideologies; whether that be governmental or religious, Somalgia focuses more on the idea of inherent systems trapping people into a drone-like way of thinking. The artwork simply shows a normal, unremarkable person being held down by an indescript creature, as another prepares to climb inside the victim- presumably to assume control of them and assert it's will.

6.Currently there are only 2 members in the band, are you open to expanding the line up or do you prefer to remain a duo?
At present we feel we work best as a two piece for the foreseeable future, as we are mainly focused on writing for the up-coming album, we both have extensive work schedules which make finding members, practicing and playing difficult at present. That being said, once the album is finished and out to the public we intend to take the music to a live setting with other members, as we both have some interesting ideas for the live performance aspect of this band. For now, at least, Peasant will remain the brainchild of Plague and Orakul.

7.Recently you were a part of a split with 'Somalgia'', how does your musical style differ from his?
Peasant mainly takes musical inspiration from fast and experimental Black Metal bands such as Deathspell Omega, Blut Aus Nord, Bathory, Schammasch and Immortal, where as Somalgia is focused on a homage to the early 90's style of Black Metal.

8.In addition to music you also run 'Merican Publishing' which publishes dark fantasy novels, can you tell us a little bit more about your interest in this genre?
My interest in Dark Fantasy began at a very young age, owing to the likes of H.P Lovecraft, Robert E. Howard, Junji Ito, Tolkien, Brian Lumley and Andrzej Sapkowski, where as visually much of my inspiration came from album covers of my youth; specifically Bathory's 'Blood, Fire, Death' and Satyricon's 'Dark Medieval Times'.
Mercian Publishing began as a means to publish my own Dark Fantasy series 'The Grey Tides', which I would highly recommend for fans of Dark Fantasy.

9.On a worldwide level how has the reaction been to your music by fans of black metal?
Our reaction has been positive, we've heard comparisons to bands we would hail as personal favourites. I considered 'The Tree's Find Light' to be somewhat of a dark horse for a release such as this and wasn't entirely sure how fans of the Black Metal genre would take it, however the overall reaction to the experiment has been overwhelmingly positive and encouraging for our future releases.

10.When can we expect a full length and also where do you see the band heading into musically during the future?
We are aiming for a full album release in 2020, I can't specify further than that. Musically we are open to a lot of experimentation, I'm not boxed in to any one sound when writing as I have no formal training in music, which I feel frees me up to play around with uncontemporary ideas and sounds. Expect a unique blend of genres, with the primary sound of Black Metal.

11.What are some of the bands or musical styles that have had an influence on your music and also what are you listening to nowadays?
My biggest influence is Bathory, I've been in to 'heavy music' from a very young age owing to the fact my parents introduced me to a multitude of Heavy Metal, Rock and Punk bands from their youth for as long as I can remember. However it was around the age of 10 when my uncle left me with a huge collection of 'Extreme' metal tapes that my own personal taste began to form. There were some amazing inclusions in their, I can remember bands like Dismember, Behemoth, Krisiun, Suffocation, Nevermore, Dark Throne and Monstrosity were all in the mix, and I loved them all- but it was Bathory's 'Blood, Fire, Death' that really spoke to me. It took me a few tries to get through the opening track, as with any child my patience was extremely low, and I wasn't sure if this was even an album from a metal band or some kind of movie soundtrack, but when those first strums of 'A Fine Day to Die' kicked in I was hooked, and it's been my favourite album ever since. Honourable mention should also go to Neurosis for expanding my interest into another side of extreme music.
At present I'm listening to Ungfell, Suhnopfer, Auratos and Mizmor. They are all fantastic bands, and I would suggest any fan of Black Metal checks out Ungfell and Suhnopfer specifically as I believe these are guys are really doing incredible things to help keep the Black Metal sound fresh and unique in 2019.

12.How would you describe your views on Paganism?
I hold a special place in my heart for paganism, which in itself is an extremely broad term encompassing not one ideology but rather hundreds spread across a vast region of the world. For me it represents a resistance against monotheistic religions, which personally I believe have caused far more issues for the general population than they have resolved- it's the idea of absolution to one deitic entity which I take issue with, as it suppress creative and free thinking. I grew up in a Church of England school, with a large portion of my family being christian, and so far all I've seen is that it cause more unnecessary problems than it has been able to solve.

13.Before we wrap up this interview, do you have any final words or thoughts?
Resist Tory oppression.
Resist the surrender of public health services to corporations and their members that represent less than 1% of the population.
Peasant debut album coming 2020 on Repose Records
-Plague.

https://peasantbm.bandcamp.com/releases
Posted by OccultBlackMetal at 11:27 AM