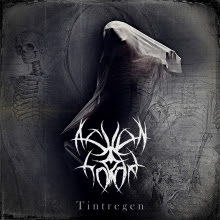 On  this  recording  Ashen  Horde  takes  dissonant  black  emtal  and  mixes  it  with  the  more  progressive  and  technical  style  of  death  metal  which  was  also  established  on  previous  releases.  The  production  sounds  very  professional  for  being  a  self  released  recording  while  the  lyrics  cover  philosophical  themes.