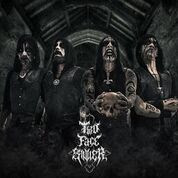 1.Can you give us an update on what has been going on with the band since the recording of the new album?
We have been making several local shows and doing some plans that are by the moment frustrated for this pandemia situation, like the release concert for the álbum, and shooting a new videoclip.

2.In April you have a new album coming out, musically how does it differ from the stuff you have released in the past?
I think this is a wiser work in every sense, the band have been through much difficulties in the process of making this álbum, but the time we spend dealing with hard times, so we approached it to improve the songs and make them better.

3.This is also your first release since 2015, can you tell us a little bit more about what has been going on during that time frame?

Since that time we have focused on having the band on international stages, we stared giving some shows outside of our country and getting our music Heard in europe, we shoot some videoclips that helped us to promote our work and basically that, preparing and exercising a international profile.

4.A lot of your lyrics cover Satanism and Anti Christianity themes, can you tell us a little bit more about your interest in the dark arts?
Like most of us, it captivate us in early stage of adolescence, when i first started to read some philosophy i started to receive real answers, i always felt i had a lot to say against what it to make me feel tied, in this case, religión moral values, i have this fluency to build good blasphemic poetry, and with the time i have improved it.

5.What is the meaning and inspiration behind the name 'Two Face Sinner'?

It was inspired in this archetype that involves both parts of human behaviour, it’s like an attempting for not  destroying each other in this fake values society, being a two face sinner is like being a wise serpent, moving around many environments to simply coexist and achieve your personal targets.

I was looking for an iconic shocking portrait that reflects the massage of the album title, finally, looking on lot of artists portfolios, i found Hans’s work and i felt this image would resume all the lyrical theme, the cover speaks it self and have received a good feedback and i’m glad about it.

Definitely our debut show, supporting Rotting Christ, it was a very intense moment, we have been preparing ourselves for a long time, also the show supporting Acheron, once we left the stage, we been congratulated for the band,they loved our performance, it was very motivating, and the ones outside of our country, we never though the audience outside of Perú would give us that kind of support all the efforts we made was not in vain.

Unfortunately with this pandemia crisis we had to shut down every plan to make any shows and torus for the whole 2020, this year we’ll basically go to promote our work by social media and create interesting content for it.

It had always been positive, we have more than a decade on the road with 4 releases already, we have a good worldwide base fans that always support us and they are looking forward to see us live, we are working  hard to achieve it.


10.What is going on with some of the other bands or musical projects these days that some of the band members are a part of?

11.Where do you see the band heading into musically during the future?
Hitting international stages definitely, where future of the band’s career is, increasing our legacy and for sure growling louder than ever.

12.What are some of the bands or musical styles that have had an influence on your music and also what are you listening to nowadays?
I think at some point, influence is unevitable, i have a rocker heart and base, what rock N roll taught me is that all that matters is hypnotize people with a good melody, I love Black Sabbath, i also listen to 60’s and 70’s classic rock bands, also 80’s and of course 90’s which is the decade in which i grew up as teenager.

I want to thank you for your interest and support, means a lot to us, reaching the fans by sources like this, is very important, so i saludate them all and hail satan! 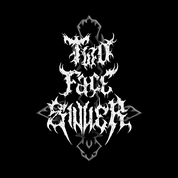