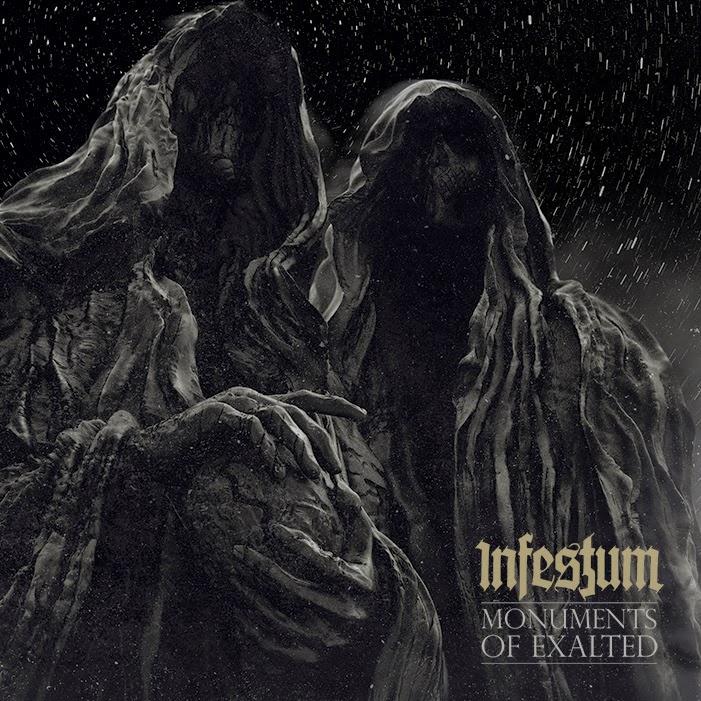 A  very  dark  electro  industrial  sound  starts  off  the  album  along  with  some  synths  and  a  few  second s later  the  music  goes  into  a  very  fast  and  technical  black  metal  direction  along  with  some  blast  beats  as  well  as  adding  in  high  pitched  screams  and  they  also  mix  in  both  the  atmospheric  elements  and  industrial  influences  in  with  black  metal.

Infestum  takes  a  style  of  atmospheric  black  metal  that  is  heavily  influenced  by  the  Norwegian  black  metal  bands  and  mixes  it  with  death  metal  and  electro  industrial  to  create  a  very  original,  heavy  and  extreme  sounding  recording,  the  production  sounds  very  professional  while  the  lyrics  cover  dystopian  and  philosophical  themes  while  also  bringing  in  some  of  the  writings  of  Cark  Gustav  Jung  and  Fredrich  Nietzsche.

https://laceratedenemyrecords.bandcamp.com/album/infestum-monuments-of-exalted
Posted by OccultBlackMetal at 6:01 PM