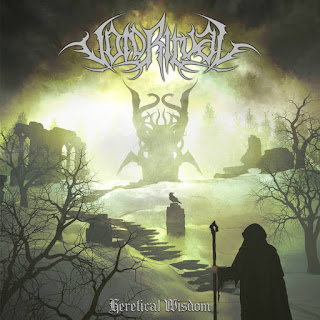 Void  Ritual  plays  a  style  of  black  metal  on  this  recordin  that  is  very  aw  and  traditional  sounding,  the  production  sounds  very  raw  yet  powerful  at  the  same  time  while  the  lyrics  cover  death,  suffering,  hatred  and  Occultism  themes.

https://throatsproductions.bandcamp.com/album/heretical-wisdom
Posted by OccultBlackMetal at 7:31 PM