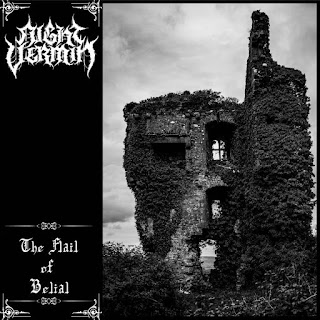 On  this  recording  NightVermin  remains  true  to  the  raw,  melodic  and  old  school  style  of  black  metal  that  he  had  established  on  his  previous  release.  The  production  sounds  very  dark  and  raw  while  the  lyrics  cover  Anti  Christianity,  Satanism,  Occultism  and  Darkness  themes.

https://nightvermin.bandcamp.com/album/the-flail-of-belial
Posted by OccultBlackMetal at 8:32 PM