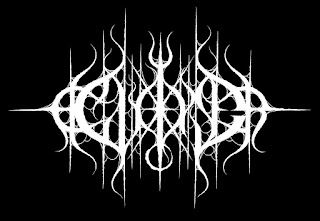 1.For those that have never heard of you before, can you tell us a little bit about the band?
1. Eclipser was formed a few years back by myself and our drummer Chris in Ottawa, Canada. We write dark and heavy music that is extreme in nature. We try not to label ourselves with any specific sub genre of metal, as our sound is more about a writing formula that we apply to whatever musical style we choose. You would need to hear us to know what I mean.

2.In September you got your first full length coming out, musically how does it differ from your previous demo?
2. Pathos differs vastly from our demos. We only made the promotional demos to find more musicians to complete our line up. It served its purpose and Pathos is essentially the product of a year of writing with that line up.

3.The lyrics on the new album cover Hermeticism, Alchemy and Occultism, can you tell us a little bit more about your interest in those topics?
3. I’m always reading. I was up to my neck in philosophy and occult material during the writing of Pathos. It suited the atmosphere, vibe, and overall aesthetic of the record. Lyrically those topics were a state of mind for me in the writing process. We wanted an archaic feel to the record and I think we were able to capture that by utilizing esoteric concepts.

4.What is the meaning and inspiration behind the name 'Eclipser'?

4. Eclipser simply describes our sound. That which eclipses the light. To black out and obscure.

5.Can you tell us a little bit more about the artwork that is presented on the new album cover?
5. The artwork was commissioned to Misanthropic-art, who did an amazing job bringing the vision to life. The image is based off of the title track which is kind of an inversion of the story of Genesis. It’s bleak and powerful - we are very pleased with the cover.

6.What are some of the best shows that you have played so far and also how would you describe your stage performance?
6. We’ve had a blast performing Pathos so far. We played a couple of shows in Quebec not too long ago and those were awesome. We have a no-bullshit approach to playing live. We let the music do the talking and serve the songs the best we can.

7.Do you have any touring or show plans once the new album is released?
7. Right now we’re doing pre-production for our next record so shows have been less of a priority, but we’re pumped to get back at it.

8. We released Pathos through Noise Salvation which is a record label operated by Canadian grind legends Fuck The Facts.

9. We’ve received a lot of positive feedback. There have been articles and reviews written from people in Mexico and Germany. That’s the internet for you. We are grateful.

10.Where do you see the band heading into musically during the future?
10. Time will tell. Musically, we plan to continue to refine our sound. We are hard at work on the next record and we are looking forward to getting back out there and doing what we do.

11.What are some of the bands or musical styles that have had an influence on your music and also what are you listening to nowadays?
11. We play what we want to hear. We all listen to different music but I can’t say that any particular band or genre has influenced our writing for Eclipser directly. As far as extreme music goes, Chris, the drummer listens to a lot of melodic death metal, and Christian our guitarist listens to old school death and grind. I like black metal. Our individual tastes are far too eclectic to make much sense of beyond that.

12.Before we wrap up this interview, do you have any final words or thoughts?
12. Thank you, check out Pathos and stay tuned for more.