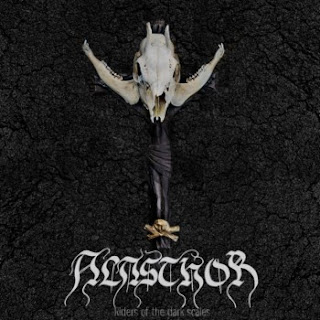 On  this  recording  Alasthor  remains  true  to  the  occult  black  metal  style  that  was  established  on  their  previous  release  along  with  keeping  the  death,  thrash  metal  and  crust  elements.  The  production  sounds  very  powerful  for  being  a  self  released  recording  while  the  lyrics  cover  Occultism,  and  Left  hand  Path  themes.

https://www.youtube.com/watch?v=rvUdU_Iss78&feature=youtu.be&fbclid=IwAR0X-2HajSL65Ur9eJZUTDIipoRZdBCZ3Gs7mQfvJQQoAe3veMn8W6wzh88
Posted by OccultBlackMetal at 6:04 PM