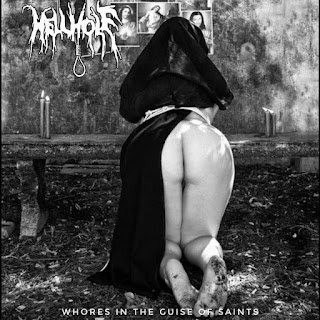 On  this  recording  Hellhole  takes  his  atmospheric  and  depressive  style  of  post  black  metal  into  an  even  more  darker  direction.  The  production  sounds  very  dark  and  raw  while  the lyrics  cover  anti  religion  and  blasphemy  themes.

https://nailednazareneindustries.bandcamp.com/album/whores-in-the-guise-of-saints
Posted by OccultBlackMetal at 11:37 PM