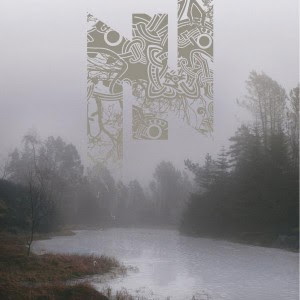 Nidingr are a band from Norway that consists of many veterans with a musical style that is raw Norwegian black metal in the mid 90's vein and this is a review of their 2010 album "Wolf Father" which was released by Vendulus Records".

Drums range from slow mid paced to fast with a lot of brutal blast beats, while the bass playing sounds very strong and dark.

Rhythm guitars are mostly slow, mid paced to fast Norwegian black metal riffs that also contain a great amount of death metal influences,and there are little to no guitar solos or leads present on this recording.

Vocals are a different style of black metal that remind me of Zyklon B and Dodheimsgard with some deep death metal growls being thrown in at times mixed in with some occasional clean singing, while the lyrics are written in Norwegian and English and cover Asataru themes, as for the production it has a very dark and raw feel to it.

In my opinion Nidingr are a very good Norwegian black metal band and while this is not the most original album that I have heard, I still feel that they do the style the right way, and if you are a fan of this style, you should check out this band. RECOMMENDED TRACKS INCLUDE "Fafnismol" and "Reginsmol". RECOMMENDED BUY.

http://www.nidingr.no
Posted by OccultBlackMetal at 5:08 PM