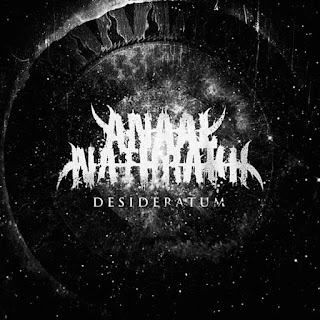 Dark sound  effects  start  off  the  album  along  with  some  elements  of  harsh  noise  before  adding  in  heavy  guitars  with elements  of  electronic  music  which  also  takes  the  music  into  more  of  a  modern  metal  direction  as  well  as  adding  in  some  melodic  guitar  leads  and  on  the  second  track  the  music  starts  going  for  more  of  a  fast  black  metal  direction  along  with  some  high  pitched  screams.

Anaal  Nathrakh  continue  the  foundations  they  have  established  on  previous  recordings  keeping  the  music  very  heavy,  chaotic  and  melodic  while  also  experimenting  more  with  the  electronic music  elements  they  brought  onto  the  last  recording  as  well  as  adding  in  some  modern  metal  elements  which  I  do not  care  about  but  other  than  that this  album  is  a  very  good  recording,  the  production  sounds  very  professional  while  the  lyrics  cover  annihilation  and  Armageddon  themes.

http://www.anaal-nathrakh.comhttp://www.facebook.com/Anaalnathrakhofficialhttp://www.metalblade.com/anaalnathrakh
Posted by OccultBlackMetal at 4:19 AM