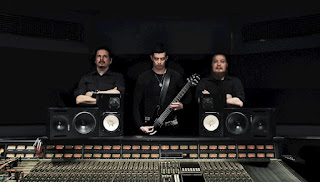 Preparing the release, talking to great people around the world, playing few selected shows. And of course writing ever new material.

2.In June you have a new album coming out, musically how does it differ from the stuff you have released in the past?

3.This is your first album in 5 years, can you tell us a little bit more about what has been going on during that time frame?

- A lot of living and writing.

4.What are some of the lyrical topics and subjects you explore on the new album and also how would you describe your progress as songwriters over the years?

- The sort of music we perform has some sort of “magical” essence. It touches something that is common in men. For us lyrics play a part in this and as majority of them are usually sung in English they help to open certain doors for people who understand them. Our lyrics may not preach as much as they once did – as we find it futile to try and alter other people’s perceptions of what they call the reality – but when used right, our art is a sort of immaterial talisman that can be used to transfer energy. What one chooses to do with that energy is of course beyond our control.

5.Over the years you have also covered some satanic, occult, pagan and philosophical themes lyrically, can you tell us a little bit more about your interest in those topics?

- Blind crowd mentality is something we have been against ever since we recorded the song Flowing Downwards back in 1991, where the lyrics even state “fuck your herd conformity, the noble shall rule”. That might not be high-brow poetry from today’s perspective but it surely has served as our mission statement throughout the decades.

6.Originally the band was called 'Horned Lord', what was the cause of the name change and also the meaning and inspiration behind the name 'Black Crucifixion’?

- We felt that Horned Lord would not be the perfect moniker for our artistic vehicle. Black Crucifixion had more edge to it. Maybe it has served us well.

7.Can you tell us a little bit more about the artwork that is presented on the new album cover?

- It is by Erkki Nampajärvi just like the previous album’s art was. His work is a perfect match to our sound. He gives the visuals to our audio.

8.The band has been around since 1991 what is it that motivates you to keep going after almost 30 years?

- We are a small band yet the band’s entity is a big thing in our lives. It provides certain continuity.

9.The band was also around when Finland did not really have a black metal scene, do you feel that you have been a huge influence on the Finnish black metal style?

- Probably for some people. But the latter Norwegian scene is the major influence also for Finnish bands. We had our own national style until the younger fan boys got all Norsk.

10.What are some of the best shows that the band has played over the years and also how would you describe your stage performance?

- We started really performing live only during the past ten years. So the best shows also are relatively recent. Our shows are always good, we are a very stable unit that always delivers.

11.Do you have any touring or show plans once the new album is released?

- We only play selected shows for audiences that appreciate music. So no big time touring looms.

12.On a worldwide level how has the reaction been to your music by fans of black and dark metal?

- It has differed a lot over the decades. The new albums seem to do it for people around the world. I personally urge anyone to give it a listen. It might change your day or week if not your life.

- A lot of terrain still lies uncovered. The musical path is the one of left hand path.

14.What are some of the bands or musical styles that have had an influence on your newer music and also what are you listening to nowadays?

- At this age and stage of the band it is very difficult to recognize any specific influences. I would say that a lot of the influence comes from outside the music. From all arts and life in general. People outside the band probably have a better view of what influences can be heard in our output.

Thanks for the interview and for all you who have read this. Get the new album from Seance Records and support the metal underground. 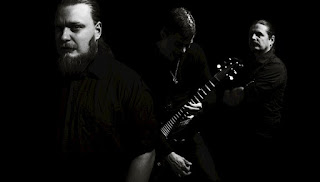 Posted by OccultBlackMetal at 9:59 PM