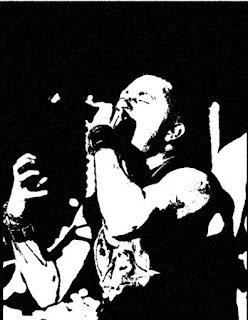 We are a new band that started from a meeting that took place about a year ago this month.  I (Pale Horse) was looking to start another band when I was contacted by Llord Diabolus.  We met soon after and just put some ideas we had together,  which culminated into what is the first track on our ep,  From Throne to Funeral.   After that date I contacted Svartherre whom I play with in other bands to complete the line up.

2.In June you have an ep coming out, can you tell us a little bit more about the musical style you went for on the recording?

Well the initial contact was to do something geared more towards older styled black metal.  Darkthrone, Celtic Frost, older mayhem, but as we got playing it expanded alittle further.  We still have those influences present in this first ep but Svartherre and I added more influence from bands like Marduk, Mayhem (newer and old), Dark Funeral and so on.  We wanted the recording to be raw, organic, and capture the ugly and abrasive content of the music.  The ep was tracked live,  with only vocals and second guitar tracked over.  No fixing,  or editing just laying it down as we played it.  True to the players and music itself.

A lot of our lyrics, which we have all contributed for mainly deal with freedom and the pursuit thereof.  Freedom from any doctrine or constraint that hinders personal growth or expansion to ones mind.  From the hypocrisy of Kings, to the right hand of God, all servitude is enslavement for one’s true being and essence.  We wish to growth without bounds and conquer beyond our reach.

4.What is the meaning and inspiration behind the name 'Pestis Inferos'?

The name itself did not come easy.  We spend many months trying to find the right words to head our vision.   Pestis Inferos which means roughly Hells Plague I think does that perfectly.   It uses the antagonisms of Hell and “Satan” to mock the idea of its Christian dogma. This  “plague” is our art and words.  Our message to free oneself from anything that binds you.  That is not a message of hated or weakness,  it’s  one for revolution.  Those in power whether it a church,  government, or even cultural stagnations don’t want the same freedoms for everyone.  They would see our message as a plague.  So he become Hell’s Plague.

The cover artwork was handed by the artist Nanda Dika.   I came up with the cover concept and sent him a rough sketch that he brought to life.   It depicts the awakening and coming of violent change in many ways for me.  Death represented by the skull with the seven angels blowing the seven trumpets to Sound Armageddon.   Those left now broken to wander endlessly.  It pulls a little influence from The Divine Comedy,  and the several biblical ideas are on display as well.

6.Has the band had any opportunities to do any live shows yet, if so how would you describe your stage performance?

We have some shows scheduled now but have yet to play one.

We are not actively seeking one by sending material around or anything.  We would be interested if a label contacted us, and we felt they identified with what we want to accomplish as a band.   We have had a couple messages from some places but none seem like the right platforms for us.

8.On a worldwide level how has the reaction been to your music by fans of black metal that have heard it so far?

Well we have just started to spread our fire so to say.  Overall any reviews I’ve heard has been positive,  many people around where we are seem to be really taken with it, so I’m very happy so far with the reaction.  Hoping to reach more and more people as the ep is released.

We are already writing the follow up to this first ep right now actually.   We have a few songs but it’s too early to tell.  We have goals and a direction but things end up differently as you go along.   We want to keep the same rawness and organic flow for recording.   The material itself we are making more violent I’d say.  More grand,  more chaotic but still have well written structures.

Well for the black metal spectrum and this band in particular my biggest influences of bigger bands are Marduk, Mayhem, and even thought not black metal as the other two, Behemoth.   I listen to a lot of music and bands though as well.  I buy between 5-12 CDs a week.  I love a lot of newer black metal bands from very small status up to larger scaled bands.  For instance two labels I really like Profound Lore and Debemur Morti have put out some great stuff this last year and present.  New Outre, Aoratos, and cultus Profano are all very good.  And profound just released pissgrave and gardsghastr both which are awesome.  But I could go on and on.

11.Does Satanism or Occultism play any role in your music?

We explore so ideas,  and use Many biblical ideas and references as metaphors.   Lucifer not as a god or something to be worshiped but as an idea,  freedom.  And lyrically I like to use a lot of biblical accounts to relay my metaphorical ideas through those channels.

I’d like to thank you for taking the time to conduct this interview and reviewing the ep. I’d also mention we have one time pressed CDs and shirts for preorder now via this link. We are almost sold out of shirts now,  and they will not be repressed so check that out if your interested! 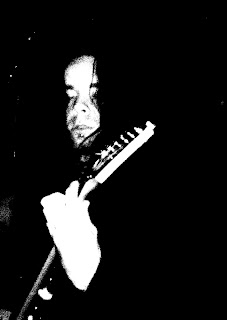 Posted by OccultBlackMetal at 7:09 PM