So Much For Nothing/Livisgnist/My Kingdom Music/2012 CD Review 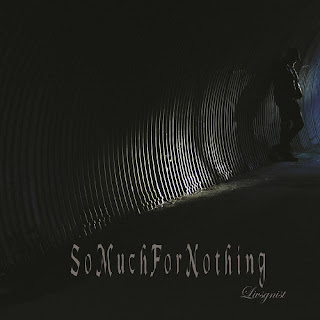 So Much For Nothing are a band from Norway that plays a very depressive form of avant garde black metal and this is a review of their 2012 album "Livisgnist" which was released by My Kingdom Music.

Drums range from slow to mid paced drumming with not much in the way of fast playing or blast beats, while the saxophones, trumpets, violins and flutes bring a very dark and avant garde/experimental music sound to the music mixing in influences from dark rock and pop music, as for the bass playing it has a very dark tone with riffs that follow the riffing that is coming out of the guitars and at times they have a very powerful sound to them.

Rhythm guitars range from slow to mid paced depressive black metal riffs that also mix in some doom metal and heavy music genres, while the lead guitars are very dark and melodic sounding guitar solos and leads that also utilize influences outside the black metal spectrum, as for the acoustic guitars when they are utilized they use finger picking and full chords to give the music a progressive feeling.

Vocals are mixture of hateful, grim and high pitched depressive sounding black metal screams with some mournful sounding cries mixed in with some clean singing and spoken word parts, while the lyrics cover the struggles of life and the night, as for the production it has a very heavy, strong and powerful sound to it.

In my opinion So Much For Nothing are a very great and original sounding avant garde depressive black metal band and if you are a fan of this style, you should check out this band. RECOMMENDED TRACKS INCLUDE "Suicide-Syndrome" and "New Life-New Beginning". RECOMMENDED BUY.

Posted by OccultBlackMetal at 7:45 PM