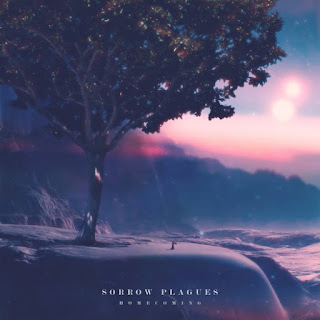 Sorrow  Plagues  creates  another  recording  that  remains  true  to  the  atmospheric  style  of  black  metal  from  previous  releases  while  also  adding  in  elements  of  post  rock  and  shoegaze,  the  production  sounds  very  professional for  being  a  self  released  recording  while  the  lyrics  cover  darkness,  emptiness,  solitude  and  sorrow  themes.

Posted by OccultBlackMetal at 4:20 PM