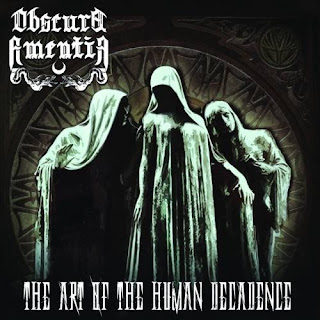 On  this  recording  Obscura  Amentia  take  the  atmospheric  style  of  black  metal  from  previous  releases  and  mixes  it  with  doom  to  take  their  music  into  a  different  direction,  the  production  sounds  very  professional  while  the  lyrics  cover  dark  and  depressive  themes.

Posted by OccultBlackMetal at 7:08 PM