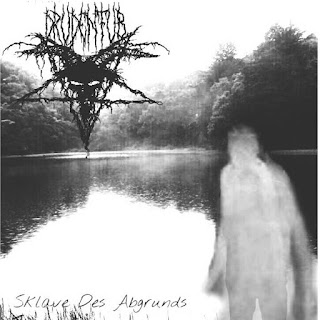 A  very  distorted  and  ritualistic  sounding  intro  starts  off  the  demo  while  also  introducing  grim  black  metal  screams  onto  the  recording  before  going  into  a  heavier  direction.  When  the  music  speeds  up  a  great  amount  of  blast  beats  and  tremolo  picking  can  be  heard  which  also  gives  the  songs  more  of  a  raw  feeling.

https://entocomophobicrecords.bandcamp.com/album/sklave-des-abgrunds-demo
Posted by OccultBlackMetal at 12:20 PM