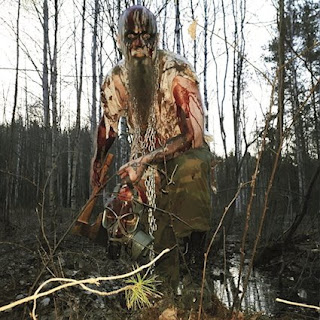 1.For those that have never heard of you before, can you tell us a little bit about the band?
Gloom started as a one man band back in 2001 or 2002. First demo was recorded in 2004 but it never got any bigger attention, it was only distributed to friends in our hometown. After the first demo things slowed down. I made only few songs and after that it was more than 10 years of silence. Then we had an idea with the guy from Nekrokrist that we should remake the songs from the demo and make few new ones to get full length album. And here we are.

2.In June you have an album coming out, can you tell us a little bit more about the musical style that you went for on the recording?
The style is the same that was on the demo and we didn't want to chance that. Its pretty much old school black metal in style of music. Songs are meant to be raw and simple with clear guitar riffs.

3.Most of the music is also very heavily rooted in the classic black metal style, do you feel that the old school style of black metal is a lot more aggressive and raw than the modern style?
Well I cannot say that, its not that black and white for me. Both have their strengths and if done right they are equal to my ears.

4.Both of the band members are also in Nekrokrst SS', what is it that you bring into this group musically that you are not able to do with your other band?
Actually we are not both in Nekrokrist, I've never played in it. These bands are completely different as I make all the music and lyrics (so far).

5.What are some of the lyrical topics and subjects that the band has explored so far with the music?
Topics are quite dark and primitive. Like hate, death and suicide. I wanted the lyrics to match the music. Simple, raw and fierce. For Gloom its the only way. And for me black metal isn't any peace and love kind of thing and I hope it sounds like that on the album.

6.What is the meaning and inspiration behind the name 'Gloom'?
I figured the name very soon after I made the first songs. It was quite clear what kind of music I wanted to do and the word gloom was most describing one.

7.Can you tell us a little bit more about the artwork that is presented on the new album cover?
We gave only album name and artistic freedom to the artist himself, so the cover image is from the depths of his imagination and it ended up being perfect for this album.

8.Currently there are only 2 members in the band, are you open to expanding the line up or do you prefer to remain a duo?
Can't say for sure about the future, but at least for possible live shows we will get few more players. But for now and considering recordings, we can do everything just the two of us. But can't deny it wouldn't be nice to have drunken rehearsals with full band but we can do it and have done it already with just two of us.

9.So far there is very little information on the band online, is this intentional or do you plan on getting more exposure as time goes on by?
Well there is not much of information to give, like only names of who did and what but I think that's irrelevant. We just do our music and thats it. Like this interview should be enough of information.

10.The new album is going to be released on 'Spread Evil', can you tell us a little bit more about this label?
Gloom hasn't have any interaction with any labels before but things have worked out really smooth so far. Though Nekrokrist has had collaboration with Spread Evil and from that point of view it was familiar.

11.On a worldwide level how has the reaction been to your music by fans of black metal?
Too early to say on a bigger level. We've heard that people mostly like it, but in the other hand the ones saying that are usually our friends or close to that so you cannot always know if they compliment only as a courtesy. On a worldwide level, only feedback I am aware of are only few reviews of the album and they've been ok.

12.Where do you see the band heading into musically during the future?
We have talked that this is our style and we will not chance it, at least not too much when speaking of full length albums. We have some ideas of cover songs or different versions of our own songs but thats kind of it. So biggest or only change could be in the terms of production.

13.What are some of the bands or musical styles that have had an influence on the music of 'Gloom'?
I've grown up listening to bands like Mayhem, Darkthrone, Burzum, Emperor so they definitely left a mark into everything I create. And of course Nekrokrist, cannot ignore that without it I don't know if I ever had started Gloom.

14.Before we wrap up this interview, do you have any final words or thoughts?
No. 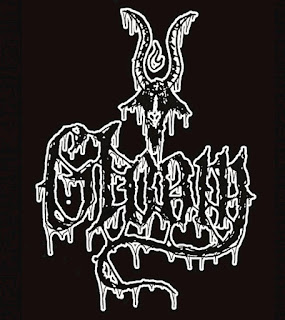 https://youtu.be/6GtCLisM6hc
Posted by OccultBlackMetal at 6:32 PM