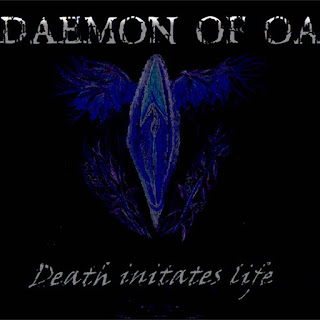 Daemon  Of  Oa  creates  another  recording  that  is  in  a  very  raw,  melodic  and  traditional  style  of  black  metal  while  also showing  a  great  amount  of  progress  as  a  musician,  the  production sounds  very  powerful  for  being  a  self  released  recording  while  the  lyrics  cover  Occultism,  Darkness  and  Death  themes.

https://daemonofoa.bandcamp.com/album/death-initates-life
Posted by OccultBlackMetal at 8:23 PM