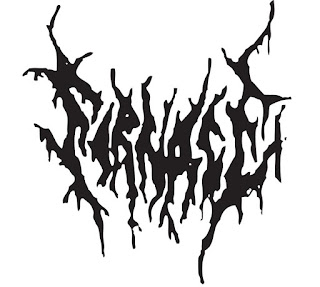 1.Can you give us an update on what has been going on with the band since the recording and release of the new album?
1 Yes, the principal news is about our session drummer (and also ex drummer since our first album "Pregnant is the night") Paolo Mingoni/Maniak: he decided to stop his collaboration with Fornace for dedicate himself to doubtful taste bands..anyway we find in Stefano a worthy successor.


2.Recently you have released a new album, what are some of the things you feel you have done different musically with this recording that you have not been able to do on previous releases?
2 If you mean our second album "My journey is ending but the torment will be eternal" I can tell you absolutely nothing: that album was created exactly like "Deep melancholic wrath" I mean riffs, songwriting, inspiration..the only differences are the sounds but this is also for different studio. Instead if you take in consideration our first album "Pregnant is the night" or demos many things changed: line up first of all, then we had different visions of how sounds should have been..moreover still some death metal influences was in the sprit of that album. Personally I would have made it different but I recognize killer songs were present in that album.

3.A lot of your older material had more death metal and Greek influences while the newer album is purely black metal, can you tell us a little bit more about the decision to go into this musical direction?
3 Yes, I know it's true, specially for the three demo but to be honest there is no decision taken, it's something natural, life changes, we change, there are different ways to be extreme and we are still more than ever, perhaps in another way. When I created Fornace the purpose was to make quality emotional extreme music and now after almost 20 years is the same so under this point of view nothing is change!

4.What are some of the lyrical topics and subjects the band explores with the newer release?
4 Basically the topics are the same: despair, melancholy, fear, distress..this time I focus myself on the passage of time too (and again) and to grow old, topics that have always fascinated me. Is also included a poetry of a friend of mine (La notte dei morti) based on a real night we lived many years ago.

5.What is the meaning and inspiration behind the name 'Fornace'?
5 When I started Fornace with first drummer and vocalist Gnoll our rehearshal room was Gnoll's garage; close to his garage there is an abandoned fornace: since the first time I saw it I decided the band's name! that fornace is the cover of our first demo tape (Highest towers)
Furthermore I have always been fascinated by fornace: outside they are majestic but inside are burning fire.


6.Can you tell us a little bit more about the artwork that is presented on the new album cover?
6 The artwork it's my idea, the design is made by a talented friend of mine: Alessia Chirico, I explained my idea of what the deep melancholic wrath should be: an astract black hole also seen like the interior of a fornace from above.

7.What are some of the best shows that the band has played over the years and also how would you describe your stage performance?
7 Live performances were a short parenthesis in our history (2009/2011) mostly for the frequent changes of line up, so when I have a stable line up I prefer writing new songs rather than preparing live! I'm of the idea that lives passes but albums remains!
Anyway I have good memories of our live but I cannot say if it is a closed parenthesis or not..

8.Do you have any touring or show plans for the new album?
8 No we haven't, we are writing new songs with with our new drummer Stefano.

9.On a worldwide level how has the reaction been to your newer music by fans of black metal?
9 For sure Mike from Paragon Records could reply better than me; I can only tell about people or response I personally know and yes, feedback are better than ever.

10.Where do you see the band heading into musically during the future?
10 I'm sure from "My journey..." album we have find our "style" and for sure it will remain! maybe there will be slower or faster new songs but our purpose will be always to broadcast in the better ways negative feelings we live. Melancholy, sadness, anger, darkness will not disappear from our music.

11.What are some of the bands or musical styles that have had an influence on your newer music and also what are you listening to nowadays?
11 I go crazy for bands like Mgla, peste noire, denial of god, horna, baptism, sargeist, amezarak , nyktalgia, old katatonia, forgotten woods, joyless, darkthrone, satanic warmaster,, sacrilegium, old rotting christ, varathron and tons of other bands..anyway I discover black metal after years passed to listen with passion heavy, thrash, death metal: passion is a very important keyword; I listen these kinds of music before the advent of internet and I consider internet, youtube and specially social network the ruin of that "magic" present before.
I'm sure everything we listen and we like influences our idea of music.

12.Before we wrap up this interview, do you have any final words or thoughts?
12 I want to thank you for this interview and invite all the unholy metaller to take a listen to Fornace, out fourth album is under construction... 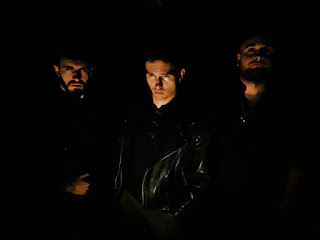 SoundCloud
Posted by OccultBlackMetal at 9:07 PM