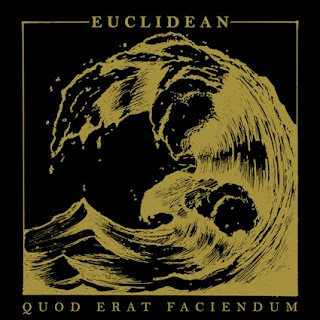 Euclidean  plays  a  style  of  post  black  metal  that  is  very  progressive  and  atmospheric  sounding,  the  production  sounds  very  professional  while  the  lyrics  are  a  concept  album  about  the  four  conceptions  of  the  universe  which  also  explores the  Pagan,  Pythagorean  and  Biblical  points  of  view  to  give  the  subject  different  perspectives.