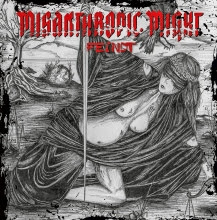 On  this  recording  Misanthropic  Might  remain  true  to  their  vicious  style  of  black  metal  while  also  adding  in  some  death  metal  influences  to  take  their  sound  to  another  level,  the  production  sounds  very  professional  while  the  lyrics  cover  misanthropy,  darkness  and  occult  themes.