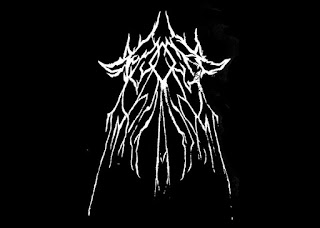 Tempestarii has been working to create a new record and material for a split over the last year or so. The new full-length album was recorded once and then deleted, as we continue to hone our sound we have become more and more particular about what the concept of this project demands.

Last year Tempestarii played in Austin, Texas' Red River Family Fest which was an honor and allowed us to bring our ritual to the right venue and under the proper circumstances. Our belief is that black metal needs a venue more than a bar lit by neon beer signs. This means that concerts are are held in pure darkness or otherwise by candlelight. Red River is an incredibly well curated event.

There seems to be an antiquated idea that bands need to tour mercilessly and “pay their dues”. Why prescribe to that? Why not only play shows we are asked to and under the right circumstances. Maybe that makes one seem pretentious to some, but it’s our path to walk, right or wrong.

2.So far you have released 2 demos and one full length, how would you describe your musical progress from the first demo to current album?

The first Tempestarii demo was of more raw black metal, made under a set of isolatory circumstances. Over time more elements were added to go along with the intentions of the project. The name Tempestarii was asking something more, and the atmosphere began to take shape over time with the help of close conspirators.

The storm that is Temple of Skies features aspects that some would call experimental but I see the sound as something different. Instead of a raw black metal sound that seems to be in vogue at the moment, the sound took shape and featured elements of depressive black metal, the Finnish school as well as our brothers in Mexico and Canada that have perfected the art. Black metal is something that everyone must interpret on their own. It’s not as though one can use make a bedroom project a successful entity without putting a deep part of themselves into it and have it stand apart from the many greats that dominate the style.

There’s generally too much black metal out there, so when one develops their own  language, those that understand it take notice.


3. From 2005 to 2015 there was no music being released, can you tell us a little bit more about what was going on during that time frame?

Tempestarii began in a different form in 2011 under the name IX, which converged from several different projects before this. The internet likes to make up facts and other bullshit so I’m not sure why this continues to come up. So in finality, the Triumph of Spears demo was not recorded or released in 2005.


4.Some of your lyrics have a metaphysical or Gnostic touch to them, can you tell us a little bit more about the songwriting?

The intentions behind the first album were to create a gateway to another realm.

Escapism and inwardness seem to be a running theme in black metal. The temple of skies is our way to inspire inward ritual. Whether that means listening in solitaire or in darkness at a show. My theories on what that may be in store for humanity are probably of little interest, so briefly, there is no value in Christian ideology, or any set of beliefs as instead it is worth questioning all aspects of reality for one self. Humanity is heading towards something, albeit it’s not possible to say what that is, but using a set of imposed beliefs to change the future cannot work.

The next album is titled Chaos At Feast and alludes to the cover of the previous album while the new record will be companion to the last.

Perhaps these are gnostic ideas at work but the best way to explain our trajectory is that of leaving this world behind. It’s the classic inwardness that black metal has always had, but also the focus that the innovators of black metal seem to have. Hatred for the outside, and enough retaliation to fend off those that oppose.

Mankind is certainly on a trajectory towards something interesting. Everyone seems to have an opinion but nothing to do about it. We’ve heard our lyrics described as psychedelic and that can be summed up in our efforts to induce trance, dissolve ego, and pass into dusk with grace. In the end, all you have is humility. Certainly there are some that confuse this with pride, and will end up embarrassing themselves in the social media movement.


5.What is the meaning and inspiration behind the name 'Tempestarii'?

Tempestarii were witches known as the caller of the storms. Thus the name is both an illusion to the destructive elements of the nature of reality and also a tribute to the guitarist of the mighty BLASPHEMY. The name, since dawning it, has helped shape our world and how to navigate it. I think we have more in touch with war metal than the typical atmospheric black bands.


6.Can you tell us a little bit more about the artwork that was presented on the last album cover?

The image there is from Scythian artisans,  one that haunted me for years. It represents the sacrament we undergo to reach ecstatic states of being. It’s a violent death being depicted and I believe that it shows the ruthlessness of nature and of ego-dissolving materials.


7.The band is from Idaho, a state not very well known for many black metal bands, do you feel you really stand out musically among most of the other bands that reside in the same state?

This is another misnomer, I have lived among many places in North America, though the band rehearses in Idaho, and is from various places as well. Idaho should be known for extreme music as bands like WOLVSERPENT had existed there and paved the way for all originating there.


8.Very little is known about the band members, do you feel it is better to remain anonymous and let the music do the talking?

As described before, there no interest in making a Facebook page or trying to hawk merch to people. It’s an experience only for catharsis. The music is made for a very selfish purpose. It’s more important than having a following of fickle believers. The hope is that real fans of this kind of music will judge us. If you want to find us, anything is possible in this digital world, yet the concept of knowing which people are involved, and their roles, will not bring further satisfaction to the listener.


9.What are some of the best shows that the band has played so far and also how would you describe your stage performance?

Of course playing in darkness and by candlelight is the wish for the spectator to witness. We cannot control every aspect of a show though, thus we ask for promoters to better understand the wishes of the artists. It’s not under all circumstances that a traditional black metal show can take place, so for those patient enough and imbibed at the time, you’ll be rewarded.


10.Do you have any touring or show plans for the future?

We will be touring outside of the United States and playing a festival at the end of this year. That’s all that can be said for now.


11. Mercenary Musik is also putting out a re-issue of your 2017 album, can you tell us a little bit more about the newer music?

We connected with that label because of their output and how it had affected us. Early on we wanted to worship Paysage D’Hiver, Battle Dagorath and fell voices, only. After connecting with Black Sorcerer Battle we began on a new path.

The first album was very much influenced by the previously mentioned artists, as is the new record, but more influences came about this time. Distilling down to a more potent version of Tempestarii is always the goal. It's easy to declare that what is to come is the best we can offer.  The language of tempestarii is taking shape at all times, only by the dedication and authenticity of the art. This is what we must be judged by.


12. On a worldwide level how has the reaction been to your music by fans of black metal?

We aren’t really interested in how our music is received. We’ve sold tapes to France and Russia, even Finland and Brazil. Which is very satisfying but otherwise there isn't any awareness of the publics reaction.

It’s apparent that the United States, though hosting many great musicians, is a fickle and parasitic "scene". The aim is to get outside of this country and go elsewhere, visit the true devotees.


13.When can we expect newer music and also where do you see the band heading into musically during the future?

Further into the style we’ve created for ourselves. Honing more of this sound into something unique is the end goal. However the concepts implemented in the music could spell certain end for us, that is yet to be seen. We can only move ever forward into dusk for so long. The new album is in it's final stages, and then we will await the right opportunity to release it.


14.What are some of the bands or musical styles that have had an influence on your music and also what are you listening to nowadays?

Appreciating music of varying styles is important, and the things that influence this project are mostly beyond metal music. It’s hard to mention just a few, but we always appreciate Battle Dagorath, and the live rituals of Ehecatl, Dispirit, and Sortilegia in the black metal sphere. Otherwise ambient and electronic music seem to be a staple of inspiration among others


15.Before we wrap up this interview, do you have any final words

Ruine for celestial kingdoms, may your beliefs ever-dissolve.

Posted by OccultBlackMetal at 5:25 PM