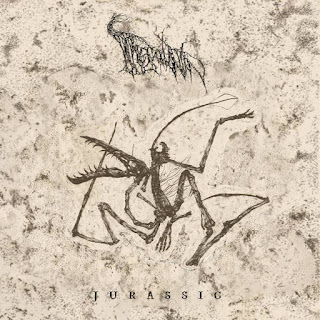 Thecodonition  plays  a  musical  style  that  takes  war,  black  and  death  metal  and  mixes  them  together  with  some  elements  of  grindcore  and  thrash  to  create  a  sound  of  their  own.  The  production  sounds  very  dark  and  raw  while  the  lyrics  cover  dinosaurs,  fossils,  paleontology  and  prehistoric  themes.

https://thecodontion.bandcamp.com/album/jurassic
Posted by OccultBlackMetal at 6:36 PM