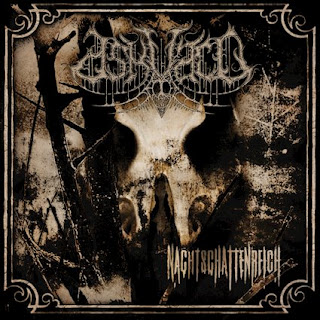 Askvald  plays  a  style  of  black  metal  that  is  very  aggressive,  melodic  and  atmospheric  sounding  while  also  having  its  raw  and  avant  garde  moments,  the  production  sounds  very  professional  while  the  lyrics  are  written  in  German  and  covers  the  differences  between  modern  life  and  society  with  an  archaic,  natural  live  of  calm,  consciousness  and  environmental  awareness.

Posted by OccultBlackMetal at 1:35 PM