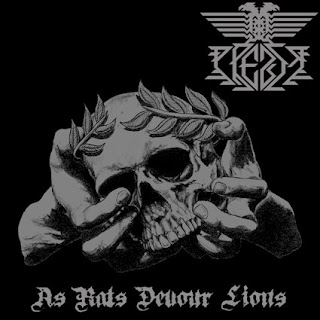 On  this  recording  Prezir  expands  on  their  black  metal  style  by  adding  in  more  fast  riffing,  melody,  death  and  thrash  metal  influences  to  take  their  own  to  another  level,  the  production  sounds  very  dark  and  heavy  while  the  lyrics  cover  Alchemy,  Egyptian  Mythology,  Philosophy,  Contempt  and  Historical  themes.

prezir.bandcamp.com/album/as-rats-devour-lions
Posted by OccultBlackMetal at 8:54 PM