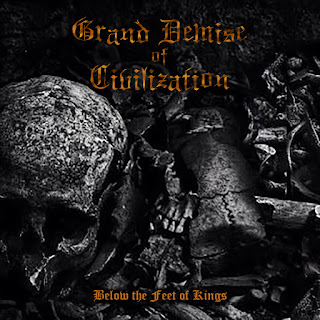 Grand  Demise  Of  Civilization  plays  a  style  of  black  metal  that  is  very  aggressive,  melodic  and  technical  sounding.  The  production  sounds  very  professional  for  being  a self  released  recording  while  the  lyrics  cover  death,  destruction  of  humanity  and  anti  Christian  themes.