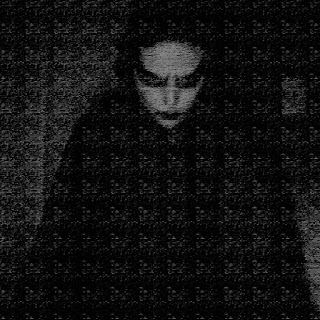 Forsaken Crypt is a one man black metal project created and run entirely by myself (Nefareous). It started with the interest in creating true black metal…. something abrasive and in many ways cinematic. A project with pure intentions, not created to please others or fit into a pre existing shape, but to please myself and make music I want to hear, because so much so called “black metal” these days is utter horse shit...

2.So far you have released a demo and you also got a decent amount of songs on your soundcloud page, how would you describe the musical sound of the songs you have recorded so far?

Each song has its similarities of course, but each has its own feeling. When I create the music the focus is on the feeling, the end result rather than the technicality in the making of it. Too many get caught up creating songs that are referential to other metal bands, I strive to create black metal that is conscious of its history, but never treads old ground… I would like to think I am adding something to the medium. There is a certain tension and release in the music.

3.On the demo you had some satanic and occult lyrics, can you tell us a little bit more about your interest in the dark arts?

Anything dark or occult interests me and always has… I am a creature of the night, a misanthrope if you will… I tend to take these inspirations and feed them into my music as much as I can. The individuality aspect of it all is what I respect, strength and individualism.

4.What are some of the other lyrical topics and subjects you explore with your music?

Death, nature, evil, vampyric lifestyle & spiritual darkness in any respect are all what I write about. Dying love is something I keep going back to in my lyrics, a woman… someone I used to love… necro poetry.

5.What is the meaning and inspiration behind the name 'Forsaken Crypt'?

It is to put the listener in a state of mind so to speak, as well as I when I create the music, the idea of walking into a place you are not suppose to be, a place you are not welcome. Somewhere long forgotten, cursed place cold and grim where you do not know what lies ahead around the next corner…

6.With this musical project you record everything by yourself, are you looking for a label or have received any interest?

Yes, I am constantly on the lookout to share my music with those who are interested in any way possible… I record everything myself at my place of residence and always have. I fund my own projects and I feel that’s the way it will remain for the better part of my output.

7.What part of Canada is this musical project located in?

Ontario is the province I am currently located in, which is subject to change within the next few years. It’s not particularly known as a place for those who prefer to live on the outskirts of society… almost everyone here who is my age are into obnoxious garbage I couldn’t give less of a shit about. Stupid, pathetic robots of this lame and doomed society.

8.Currently you are unsigned, are you looking for label or have received any interest?

The focus of getting signed to a label is not the money of course, I do not do this for money, but since it is something I put my entire being into, it would be nice to get some semblance of recognition from a label of some sort, preferably one with a similar outlook on things as I. So far I have not received any interest from labels, but I have confidence that will change soon enough.

9.On a worldwide level how has the feedback been to your music by the fans of black metal that have heard it so far?

It has been widely positive. I have friends and fans all over the world because of my music. They recognize it is true black metal… the intention will always remain the same though, I will always make the music for myself first and foremost and share it with others from there, rather than creating it for other people.

10.Are you also involved with any other musical projects?

I am constantly creating music, whatever I feel I want to create. I have ambient projects as well as experimental ones, one of my others is an experimental metal project called Hammer musik, which is also on bandcamp.

11.Where do you see yourself heading into musically during the future?

Who knows what the future holds, if I have it my way, I would like to continue with this project and really innovate much more with the black metal medium, really do something spectacular and noteworthy, otherwise what the fuck is the point of my existence? I hope to be signed to a respectable, no bullshit, label within the next few years at least. Other than that, continue to improve my abilities and expand horizons.

The obvious ones are; Burzum, Darkthrone, Mayhem, early Immortal, Thorns, Emperor, Bathory, the ones everyone was inspired by when they first heard them. I really love Les legions noires music, Dzlvarv, Belketre, Moevot and Vlad Tepes. Currently I listen to a lot of music off soundcloud... some great artists and friends are; Raiserdrone, Necroplague, Dark Blasphemer & Mental Flamethrower.

There are too many weak people on earth these days who take the victim complex… have strength of self… give yourself to the idealism that the individual goat is stronger than a flock of sheep. This world is flooded with too much mediocre bullshit, so if you’re getting into this to reference acts that are already established and tread old ground, just stop yourself now.  Respect and know what has come before and build off of that. I would like to thank occult black metal zine for the review and interview. Hail.

https://emptyshoppingmall.bandcamp.com/music
Posted by OccultBlackMetal at 8:44 PM