1.Can you give us an update on what has been going on with the band since the recording and release of the new album?
After the recording we started to rehearse for some small gigs and now we are working
on new stuff.

2.Recently you have released a new album, how would you describe the musical sound that is presented on the recording and also how does it differ from the stuff you have released in the past?
All of our releases are small pieces of a never ending puzzle. All pieces are different and symbolize other parts of the whole picture. With every release we are getting closer to that what we want to be (spirituality/sound/lyrics/professionality and so on)

3.Your lyrics cover a great amount of satanic, luciferian and occult themes, can you tell us a little bit more about your interest in these topics?
All my life I was searching for more than this normal/profane life and I always felt there is more behind the mask. Since I was young I sensed something dark and in all ways negative to the world of matter. It encompasses us, it is in me and so I started to get in contact with this forces in all possible ways.
All of our lyrics on Spiritual Isolation are about this forces. It´s all about the end of this world and how I can get part of its destroying. I try to give no focus on other aspects, because for me black metal must be satanic and destructive in all ways!

4.What is the meaning and inspiration behind the name 'Permafrost'?
For me it's that part of me/heart/soul that is not human and frozen to death!

5.What are some of the best shows that the band has played over the years and also how would you describe your stage performance?
We are no performers! We are Maniac´s the last years we didn’t played much live, but the best show (for me personally) was the Show with Nawaharjan this year!

6.Do you have any touring or show plans for the future?
No, unfortunately there are only some small concerts we play the next time...but if someone is interested to book permafrost should contact us. 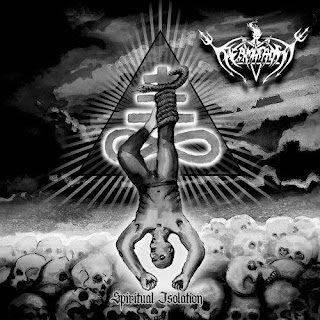 7.The new album was self released but the band has experiences working with labels, are you open to working with another label again in the future or do you prefer the independent route  a lot more?
The new album is co-released by DTB Records and Knochensack. If you work with underground labels you always have the freedom you need as band. So we will again release our stuff on a label in the future.

8.One of the band members also runs 'Satan Fights Humanity Records' what are some of the current bands that you are working with on the label and what are some of the releases you plan to release during the later part of 2015?
FH-Rec. is more or less on hold. I will only release some tapes in future but I don’t have the time for the work with the label. And if you don’t have the time you should stop  it, money doesn't matter! I want to support the bands on the label as good as I can and I feel at this point it’s not enough.

9.On a worldwide level how has the feedback been to the newer album by fans of black
metal?
That's not easy to say. From our point of view it's always good feedback. But people who don't like it, would not contact us. But I don’t think it is important what other people think about our music and what they believe to know about our spirituality.

10.What is going on with some of the other bands or musical projects these days that some of the band members are a part off?
All other projects are on hold and at this point Permafrost has major priority.

11.Where do you see the band heading into musically during the future?
We are still on our path to destroy the world and as long as they exist, we will fight against the gods of light and the world of matter. So we will never give up our audio visual war!

12.What are some of the bands or musical styles that have had an influence on your current music and also what are you listening to nowadays?
We listen to much different music styles. We like different kinds of metal, old Psychedelic/Progressive Rock or Classic stuff like Wagner, Tchaikovsky and Mussorgsky. But most of time I spent with Black Metal! There are a few bands we like but I will only name one of them: Dissection...

13.Before we wrap up this interview, do you have any final words or thoughts?
Thanks for your interest! Hail Satan! Hail Chaos! 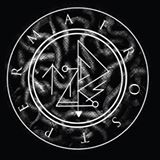