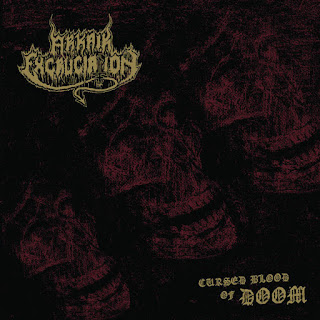 Arkaik  Excruciation  creates  another  recording  that  takes  the  heaviest  and  rawest  forms  of  war, black,  death  and  thrash  metal  and  mixes  them  together  to  create  a  very  heavy  and  extreme  recording,  the  production  sounds  very  raw  yet  powerful  while  the  lyrics  cover  dark,  violent  and  occult  themes.

www.facebook.com/arkaikexcruciation
Posted by OccultBlackMetal at 11:26 AM