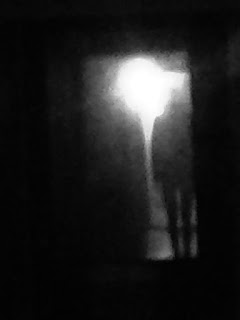 I see a lot of different things in it of course, but generally speaking I guess it is black/doom metal

The project was born in the beginning of 2016. During a recording session in my rehearsal space for another project of mine (a noise thing called Barad-Dûr), I got stuck in what I was trying to do. It felt wrong and forced in a way, so to clear my head I sat down and played the same rhythm on the drums for 30 minutes. 5 hours later I had written and recorded Despair. The 4-minute quiet intro to the song (-) was the waste product of the noise-recording I originally wanted to do that evening.

It was a weird coincidental thing. The track kind of composed itself it felt like. I liked it and had a few more recording sessions where I would follow the same “jammy” approach to composing and something like three months later the demo was there.

2.Recently you had released a demo, how would you describe the musical sound that is presented on the recording?

Repetitive and massive yet fragile. There is a lot of anger in it, but other people might hear it differently.

The lyrics revolve around the fragility of the human sanity. How easy people break and turn to inhumane acts, purposely hurting others, even the ones they care about. Whether it is to be understood on a personal or a global level I will not dictate.

The lyrics for White Lies I did not write myself, but are the words of Cristian Kiko.

4.What is the meaning and inspiration behind the name 'Heathe'?

It is a mixture of the Danish and English word for Heath. I added the E of aesthetical reasons. I’m sure I and anyone else could put a lot of meanings into it, but really it’s just what I think of when I hear the music. A big, bare and dead landscape.

5.On the recordings you record everything by yourself, are you open to bringing other musicians onto your recordings or do you prefer to remain solo?

I am definitely open for collaborations and to expand the project to involve more people, but it can be difficult when living in a city with 100.000 inhabitants, where the majority of the musicians simply doesn’t have the patience to play this kind of stuff. I am very happy to do it by myself until someone who likes it the same way I do comes along.

6.What are some of the best shows that you have played so far and also how would you describe your stage performance?

No shows played yet, but it will be chaotic and loud. Loads of people on stage.

Touring is highly unlikely at this point. I am not a big fan of playing multiple concerts in a row. It gets exhausting and I miss my home, but concerts near local soil will definitely happen within short time.

8.The demo was released on Danish Vaishyas, can you tell us a little bit more about this label?

Danish Vaishyas is a label and concert-organizer from Aalborg, who promote experimental music like noise and free-improvisation and has a small label connected that do cd-r’s and cassettes with music from Aalborg. I’m involved in the organization and it seemed obvious to release it through there rather than to search for a label. We have the equipment to produce the tapes ourselves pretty cheap and with internet and all, it couldn’t get easier.


9.On a worldwide level how has the feedback been to your music by fans of black and doom metal?

I highly doubt that more than a few people out of my circle of friends heard it yet. I received nothing but positive words, but then again how often do you even care enough about crappy music, to tell the musician.

If I take a look at my insights on bandcamp, it shows that most plays are partial, which means the listener skipped the songs. So I guess it demands a kind of patience most music listeners do not have to this day where everything is going so fast. Generally I don’t care that much, but I get happy when people that I admire artistically say positive things about the music.


10.Where do you see yourself heading into as a musician in the future?

I constantly jump from one thing to another. I would like to be more focused on one or a few things, instead of getting involved in a bunch of projects where I always end out with only contributing half-hearted. I feel like working with sound on my own is therapeutic I a different way. I get closer to the output and I identify with the stuff on the recording way more than when I do stuff with the groups I play with. I want to trust myself more and to work with a starting point in my intuition instead of thinking to much.

Without over analyzing anything and from the top of my head: Swans, Sunn o))), Gaia, Sol, Myrrh, Slint, Corrupted, Earth, Kollapse, Fushitsusha.

Really I did not go after one specific thing, but I can hear some obvious connections between those bands and the Demo Tape.

I constantly seek new stuff to listen to. The last five records I bought were

The Rolling Stones – Out of our Heads

Urr – No life no love no death


12.What are some of your non musical interests?

I don’t really have any that doesn’t involve music. I try to do some reading. I also like to go for a walk and to ride. I think about music in one way or another almost constantly.

Thank you for doing this blog. Stuff like this keeps the underground alive.

Posted by OccultBlackMetal at 9:52 AM