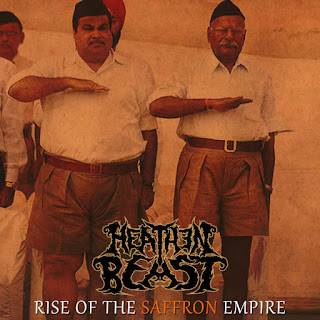 Heathen  Beast  creates  a  recording  that  is  more  black  metal  than  previous  releases  while  still  mixing  in  the  ethnic  music  of  their home  country,  the  production  sounds  very  professional  while  the  lyrics  cover  the  political  corruption  of  an  extremist  Hindu  government.


Posted by OccultBlackMetal at 8:35 AM