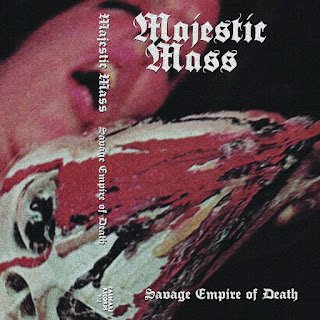 Majestic  Mass  plays  a  style  of  black  metal  that  is  mostly  mid  tempo  along  with  some  black'n'roll  and  psychedelic  elements,  the  production  sounds  very  dark  and  raw  while  the  lyrics  cover  darkness  and  death  themes.

https://caligarirecords.bandcamp.com/album/savage-empire-of-death
Posted by OccultBlackMetal at 7:03 PM