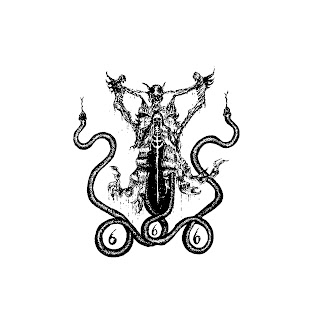 Holocausto  em  Chamas  plays  a  style  of  black  metal that  is  very  primitive,  old  school  and  raw  sounding,  the  production  sounds  very  dark  and  raw  while  the  lyrics  are  written  in  a mixture  of  Portuguese  and  English  and  cover  dark  and  blasphemous  themes.

http://holocaustoemchamas.bandcamp.com/track/claustro-dos-mortos
Posted by OccultBlackMetal at 5:11 PM