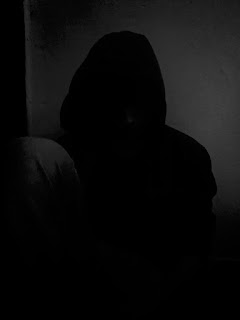 1.For those that have never heard of you before, can you tell us a little bit more about yourself and your musical projects?

I’m a 25yo male musician from Buenos Aires (Argentina), mostly known for being the force behind “Alldrig” & “A Magnificent Cold”. I’ve been playing in bands since 2008 and releasing music by myself alone since 2015.

2.What are some of the musical styles that you play with your various musical projects?

3.You have some albums that are in more of a black metal direction while some go for more of an ambient or post rock direction, do you feel you are very diverse as a musician and have a lot to other to many different musical genres?

I don’t have any barriers on styles or genres (music has no rules imo). I basically try to represent in sound whatever image comes to my mind most of the time. I wouldn’t call myself diverse because solo artists then to repeat themselves, but you can say that I try to be it. Also, trying new genres/styles is a great experience for anyone.


4.What are some of the lyrical topics and subjects you have explored with your music?

5.You have played in a full band before but for the most part record all the music by yourself, how would you compare to two?

I’m my experience doing things all by yourself gives it a more personal tone and feeling, than making a project with other people. I mostly stopped playing thinking on making a full band because of this, having in mind that I do music primarily for myself and then of others.

6.Do you have any experience doing any live shows with your musical projects?

I’ve played A Magnificent Cold tracks in a few gigs, but most of my live experience comes from playing in bands and not from my projects. It’s really hard to find people committed here and I don’t have the motivation/time/money to make a live band happening.

7.On one of the albums you also worked with 'Phantasos', how would you compare your style to theirs?

I contacted him to collaborate on the Scars as Sovenirs EP since my voice did not worked out as I wanted: His vocals are waaay better than mines *haha*. I think he deserves a lot more attention than what he had.
He does a more raw, background-ish DSBM than what I do in Alldrig (kinda like Uten-Hap).

8.With your solo project you have also been a part of a few splits, can you tell us a little bit more about the bands or artists you had shared these recordings with?

I’ve done dark ambient splits with multiple artists that I love, but thinking about it, Sun Trough Eyelids and Epiglottis are the first ones to pop up on my head. Sun Trough Eyelids does a nature/ritualistic take on the genre while Epiglottis has a more melancholic tone. You can check them and more of their works on Bandcamp.

9.On a worldwide level how has the reaction been to your recordings by fans of black metal, post rock and ambient?

It’s hard to please everyone, people that follow me for my black metal projects rarely likes my dark ambient or piano music and that can be said for other genres. However, most of the reaction I had in every project I released was nothing but positive.

10.What are some of the current musical projects you are a part of?

I’ve a few new projects to be announced in the upcoming mounts that I won’t unveil until then. A Magnificent Cold is my main project for now. Maybe we will see Alldrig coming back this year too…

I would really love to land at least a finger on the world of film/videogame music, I’ve been wanting to do that for so long but, sincerely, I don’t know the how.

12What are some of the bands or musical styles that have had an influence on your music and also what are you listening to nowadays?

I don’t really know what influenced directly my music, you can say legendary names like Lifelover, Ulver & Nachtreich I guess.
Nowadays, I’ve been blasting A LOT the new Obscura album “Diluvium”, the infamous Cerebral Bore album “Maniacal Miscreation”, Forest of Shadows “Departure”, the entire Carach Angren  discography (can’t get enough of these guys)  and some future bass / synthwave / witch house playlists (in the background to get work done).


For those who supported me these past years; it’s been a blast for me.

Expect a lot of new music in the foreseen future!
Thanks to OccultBlackMetalZine to doing this interview.
Cheers from Argentina.