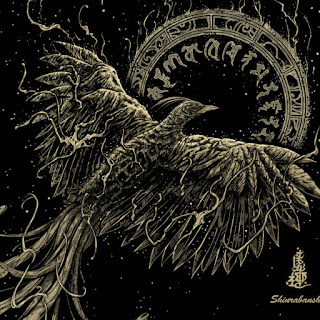 Vocals  are  mostly  high  pitched  depressive  black  metal  screams  while  Chinese  folk  instruments  are  also  added  into  some  parts  of  the  recording. At  times  the  music  also  brings  in  the  more  ritualistic  side  of  Buddhist  music  along  with  some  melodic  chants  and  throat  singing  also  being  utilized  at  times.

https://anesthetize.bandcamp.com/album/shinrabansho
Posted by OccultBlackMetal at 3:24 PM