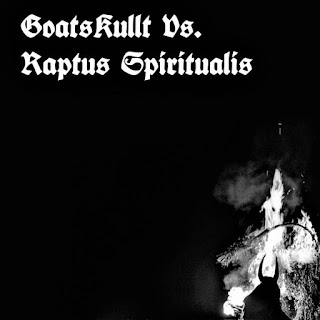 Finland's  Goatskullt  has  returned  with  a  new  recording  where  he  collaborates  with  Raptus  Spiritualis  where  he  mixes  his  raw  and  old  school  style  with  the  later  projects  ritual  and  avant  garde  style.

https://goatskullt.bandcamp.com/album/goatskullt-vs-raptus-spiritualis
Posted by OccultBlackMetal at 8:35 PM