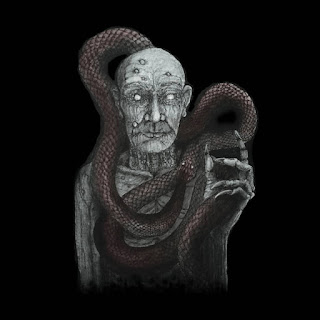 Dark  soundscapes  and  epic  sounding  synths  start  off  the  album  before  going  into  a  heavier  musical  direction.  Vocals  are  mostly  grim  sounding  black  metal  screams  while  the  faster  sections  of  the  songs  also  add  in  a  great  amount  of  tremolo  picking  and  blast  beats  along  with  the  riffs  also  adding  in  some  dark  sounding  melodies.

https://voidwandererproductions.bandcamp.com/album/the-rise-of-the-misanthrope-2
Posted by OccultBlackMetal at 12:07 PM