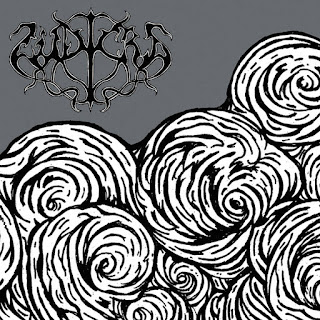 Ludicra where a band from Oakland, California that played a very original form of black metal and this is a review of their 2002 album "Hollow Psalms" which was released by Life Is Abuse.

Drums range from slow, mid paced to fast drumming with some brutal sounding blast beats being thrown into the music at times, while the bass playing has a very strong and powerful tone with riffs that dominate throughout the recording, as for the flute when it is utilized briefly it brings a very dark and esoteric sound to music, in addition there is a brief use of noise effects being utilized on the last song that give the music a very dark avant garde feeling.

Rhythm guitars range from slow, mid paced to fast black metal riffs that are very raw and primitive sounding with some influences from hardcore and doom metal as well as a brief use of clean playing that brings a progressive feeling to the music and dark sounding melodies to create a sound of their own and there are little to no guitar solos or leads present on this recording.

Vocals are mostly high pitched black metal screams with a brief use of clean singing as well as a small use of spoken word parts being used on the last song, while the lyrics cover despair, drugs, hopelessness and city life, as for the production it has a very strong and powerful sound to it.

In my opinion Ludicra where a very great sounding progressive black  metal band that was very original sounding and if you are a fan of this style, you should check out this band. RECOMMENDED TRACKS INCLUDE "Hollow Promise" "Damn The Night" and "Awake To Grey". RECOMMENDED BUY.

Posted by OccultBlackMetal at 10:09 PM