Aegeon was formed in Finland as a one-man black metal band in 2010. In the early 2011, a 3-track demo entitled "Portals" was released.

2.So far you have released a demo, ep and a full length, how would you describe the musical sound that is presented on all 3 of the recordings and also how do they differ from each other?

All the records so far have been quite different. The demo had really raw production and the music itself was quite simple and more in thevein of dsBM actually. Demo was quite repetitive and monotonous for the most parts.  The computer drumming is only thing I'm not so pleased about. All the songs were built for the lyrics at the time.

EP was much more in the vein of traditional nordic black metal than demo. It had more fast parts and maybe more nordic sounding guitars and production.

On 'Nocturnal Glorification' I tried to combine the elements I liked on previous Aegeon releases. I also added some keys in order to drag the atmosphere even deeper into the darkness. The production is much
clearer on the album than on previous releases but without losing any of the rawness.

3.Your lyrics cover some Inner Darkness and Anti Christian themes, can you tell us a little bit more about your interest in these topics?

Lyrics of Aegeon consists of exploration of the deepest corners of my own mind together with the the hate for all kinds of weak people and mass religions. Misanthropy, death, the blackness of the mind, the end
of christians and the end of the world. These are the elements I entangled together as lyrics while writing 'Nocturnal Glorification'.

4.What is the meaning and inspiration behind the name 'Aegeon'?

The name derives from the ancient greek tales. I've always been interested in ancient mythologies. Aegeon (also called Aigaion, Aegaeon and many more) is the god of the sea. He has fifty heads and hundred arms. He is an ally to the titans and is also known as the goat of the sea. As a band's name it also reflects the nature of the orchestra itself. Dwelling deep beneath the darkness of the endless underground.

On the full-lenght there was actually another musician playing a small part. Khakh joined the band in late 2012 as a guitarist. The songs that appear on the record were already almost written at the time so I
composed maybe 99% of the 'Nocturnal Glorification' but Khakh has already written some quality material for the upcoming releases. I will still definitely remain as a main song writer and will also keep the strings of the band on my hands.

6.The new album came out on Elegy a label that has been around for quite some time, do you feel they have been very helpful when it comes to getting your music out there heard?

As Aegeon is quite an unknown black metal act, it definitely helps a lot that Elegy is old and well known label. It has lots of contacts worldwide. Also for me it is important that the label is actually within the underground.

So far I've had very little of feedback but the response of the album in general has been good.

8.Where do you see yourself heading into as a musician in the future?

Aegeon will definitely stay on the chosen path. I can't see the band changing the course from black metal. I will keep on writing black metal and keep on trying to improve as a writer.

9.What are some of the bands or musical styles that have had an influence on your music and also what are you listening to nowadays?

Influences are probably coming from early and mid 90's black metal. Unfortunately nowadays I have very little time to explore the new bands so I mostly listen to the old stuff. It would be quite difficult to mention any specific bands without making a huge list so I won't name any of them. I also listen to some old death metal, opera and classical music.

10.Does Satanism or Occultism play any role in your music?

There is and should be a connection with satanism and occultism in black metal in general. Aegeon also has this connection.

I am working with the new material at the moment and Aegeon will be making another record sooner or later. Aegeon is also willing to participate on some BM-compilations and split EP's if such opportunity
would occur. Thank you really much for the interview! 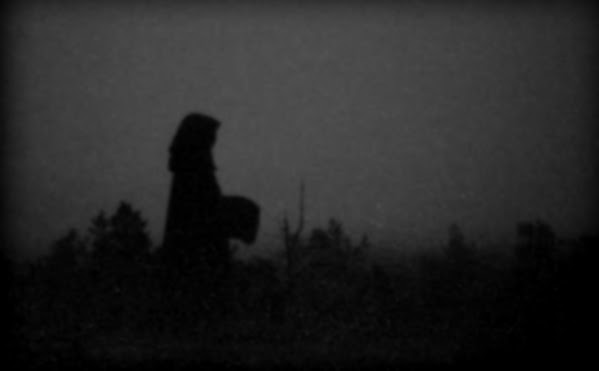 Posted by OccultBlackMetal at 12:46 PM