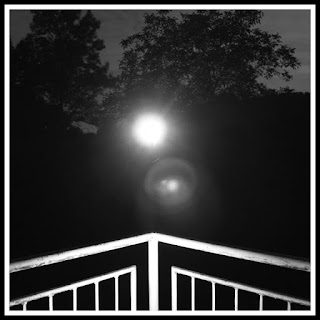 MRTVI is a solo/one man project that I decided to start last year as a way to write some songs in a slightly different style to anything I had done before. I wanted to develop my guitar playing and song-writing, and my vocal style, basically to push myself into unfamiliar territory.

2.You have a new album coming out, how would you describe the musical sound that is presented on the recording?

The album is rooted in Black Metal I guess, although I'm trying to make it a bit more experimental, I don't want to make the same music that I listen to or that's already out there, because it already exists! The joy of music is that there are a lot of different flavours that you can play with and rearrange and have fun with. I really like the avant-garde aspect of black metal too, so I'm trying to go down that rabbit hole with this project.

3.According to the facebook page you refer your musical sound as 'Negative Atonal Dissonance', can you tell us a little bit more about the term?

Negative refers to the sound and aesthetic that some bands have that seems so nihilistic or 'anti' music, anti 'melody', that it kind of seems like it's not even music! Atonal and Dissonant is similar in that a lot of avant garde bands seem to be doing away with any sort of expectations in terms of structure, melody or any sort of rules that have been laid down before. I want to try and break away from anything that you might expect as a listener, and for this project specifically I want it to be as dark as possible. So I'm aiming to making negative atonal dissonant noise.

4.The lyrics on the new album have a concept involving suicide, can you tell us a little bit more about the lyrical content that is presented on the new recording?

The lyrics were quite hard to write at first, I hadn't written any in about 2 years. The first few songs started dealing with themes of depression, existential nihilism and the real possibility that life is meaningless. The idea of the suicide is more hinted at rather than mentioned explicitly, the album opens with the sound of an oncoming train (I live near a train station where a few suicides have happened). I've been reading about and researching ideas of consciousness after death, the unified field in quantum physics, and eastern spirituality, and it seems like a lot of these topics have a lot in common, so I added idea's of rebirth and reincarnation based on the Buddhist ideas of learning from lessons and repeating mistakes etc. as well as the idea of having 'intermediate stages' between lives where you learn about your mistakes, something that's mentioned in a lot of ancient cultures.  Of course, it's also clear that life on this earth can be a struggle, so the idea of perpetual or never ending consciousness could seem like a never ending nightmare.....

5.What is the meaning and inspiration behind the name 'MRTVI'?

Mrtvi is the Serbian word for the plural of the word 'Dead' (we are/they are dead, as opposed to I/He/she is dead). I decided on the band name before the album or song titles, and I think it fits quite well. You could say we are all in varying degrees of death, or that death itself is just a milestone rather than a definitive end or beginning, more like a road sign than a destination. I also think the word looks quite cool when written down, the only vowel is at teh end so it looks quite jagged and uncomfortable.

6.With this musical project you recorded everything by yourself, do you feel that you could accomplish more musically solo than what you could do with a full band?

Playing with other people is probably the most important part of learning music, other than listening to as much as you can and practicing of course. Writing and creating as a band can be very rewarding too when you join ideas together. I've always found the downside of working in bands is that everything takes 5 times as long because are relying on other people, I don't mean in a negative way, but sometimes your schedules just don't match up. Working solo you can really work as fast or slow on a project as you like, the next step is up to you, which is something I really enjoy because I constantly feel like I should already be working on the next thing! This can be very rewarding but it does mean you take on a lot more work (all of it!). Also if you have a specific idea that you want to use, or you have a vision for a song or sound, it's up to you alone how you do it and when you think it's finished. You're also more vulnerable because you can't blame anyone else for a bit that doesn't quite work hahaha! I like taking ideas or working methods that I've learned from working with bands and trying to develop them on my own, and vice-versa. Working solo is just another way of rearranging those flavours or ideas. Also it seems like these days most bands are started by one or two people who demo everything and then get other people involved to learn the instruments, rather than all getting together and jamming as much. At least for me a lot of projects recently seem to work like that.

Well it's still early days, we've got a review through and a couple of zines have announced the album release, but the real feedback is yet to come. Feedback from people already involved with the project and friends and bandmates has been positive so far though. Now I have to wait and see how the wider black metal community accepts it!

8.In the past you have worked with some very well known metal musicians and bands, can you tell us a little bit more about your contributions to their recordings?

I was a touring member of Sarah Jezebel Deva's solo band for about a year and a half. I recorded an EP with that band called Malediction (which is out digitally on Listenable Records) that featured keyboards by Martin Powell of Cradle Of Filth and guest vocals by Dani and also Bjorn from Soilwork. My contribution was mainly just drumming on the recordings. I wrote my own drum parts, which was nice, because if feel like I was able to add my own feel to the songs without having to just repeat programmed parts. Mainly though I was the touring drummer, we did some UK tours and a European tour a couple festivals. I'm very lucky to have been given the opportunity to join a working band and really learn about the industry first hand, seeing professional events put together, living like an animal in a van, and gigging on a daily basis really helped propel me as a musician. I was lucky that everyone in the band was cool too, and we met some really nice people on the way as well! I've also drummed in a band called Rong, which was a project put together by formed Akercocke Keyboardist Rob Archibald. That was a lot of fun, the music was nuts and we certainly had a lot of laughs haha!


9/Are you also currently involved with any other bands or musical projects these days?

I recorded some drums for a band called Mek two weeks ago, it's really fast technical metal, with a lot of black/death flavours in there, as well as some really interesting melodies and rhythms. it was written by another member of that band Rong. The album's getting produced by Matt Hyde who's worked with Slipknot and Machine Head who I listened to a lot when I was younger which is quite cool. I'm looking forward to hearing how it comes out. I'm also working with my friend who mastered the MRTVI album on a psychedelic/prog/pop/rock album that is basically the exact opposite of MRTVI in terms of atmosphere and sound! We also have a hardcore punk band called The CockRockets that is currently on hiatus, we have an album out and will be putting a 3 track EP out too, when the time is right. Actually that album started out as a solo project where I then got other people involved to make it a live band.

I would like to play more with bands in styles of rock and metal that I haven't played before in order to learn some new chops. More session work would be great too! I've done some sessions in the past and among musicians that I've been playing with I think the idea of having real drums as opposed to programmed is really important, I would like to be able to track drums from my home then send people files, the internet could be a great tool for creativity once all the likeminded people find each other.

I went from Beatles as a small kid to stuff like Zeppelin and Chili Peppers when I started drumming at 12. It slowly got heavier and heavier over the years. In my late teens I really got into old punk and hardcore, which I think in some ways is really similar to black metal. Now I'm really just trying to find the most experimental music I can. I've really had enough of the basic songs and melodies and rhythms we hear all the time. Recently I've been listening to The Mars Volta quiet a lot, Miles Davis Bitches Brew album is really unique too. I've been checking out some Mahavishnu Orchestra too. Also some Asian traditional music, like Mongolian throat singers, and Japanese Kabuki theatre music. As for metal, I recently discovered a band called Imperial Triumphant who are pretty odd sounding. Working on learning new albums and bands material means that I listen to a lot of those things on repeat too.

I studied film so arty world cinema is what i like to get stuck into when I'm not playing. I've just got through Nuri Bilge Ceylan's new film Winter Sleep which I can't wait to watch! Making movies is something I'd like to move into once I feel like the music is out of my system, but that won't be for a while yet! I'm also researching and looking into quantum physics and the spiritualities and mythologies of the world as I mentioned before. This 'life' thing is very strange, so I'm trying to learn as much as I can about it all.

Thank you for taking the time to send me this interview and feature my new album! A lot of work goes into making music and I'm really grateful that people are taking an interest!  Hopefully people will check out the album when it comes out at the end of May.

Posted by OccultBlackMetal at 9:38 AM